We thought the KTM RC390 Cup racer was darn good looking and knew that the production version of the RC390 would be phenomenal too, but we weren’t expecting it to be so ‘retina searing good looking’. The belly pan has been beautifully sculpted even around the underbelly exhaust!

The 44hp engine weighs just 147kg resulting in a power to weight ratio of just 0.2kW/kg. KTM says this puts the RC390 right at the limit of the new A2 driver´s license making it the most sporty of the lot. Metzeler tyres from the Duke 390 stay, as does the standard disengageable ABS.

There does not seem to be much information on the headlight setup. Take a look at the stunning pillion seat. Integrating smoothly into the design lines, KTM says the pillion seat is also comfortable.

The KTM Racing liveried RC390 that was leaked more recently looks stunning too. Opinion on the Akrapovic exhaust is ciurrently divided and I’m sure the debate will be settled once people hear the 390 growl. 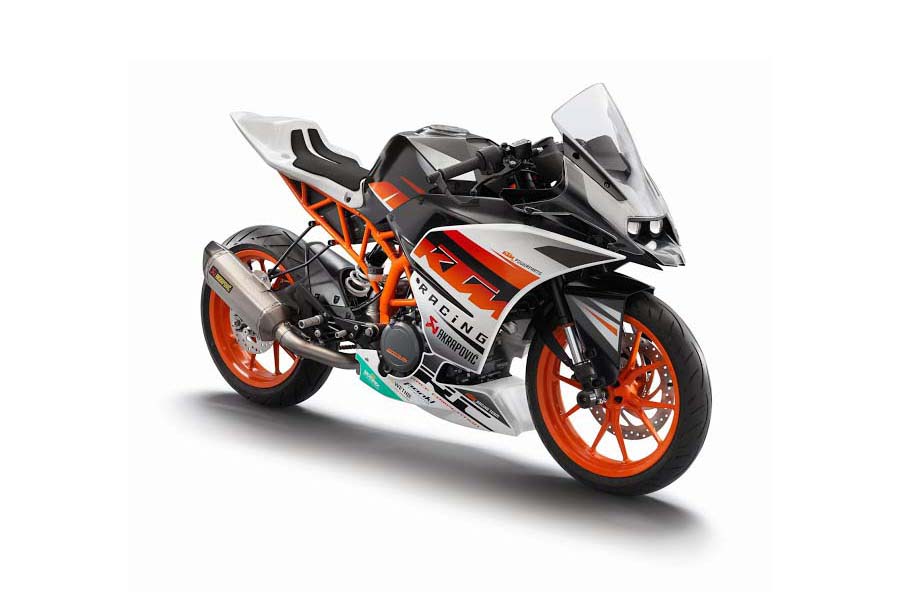 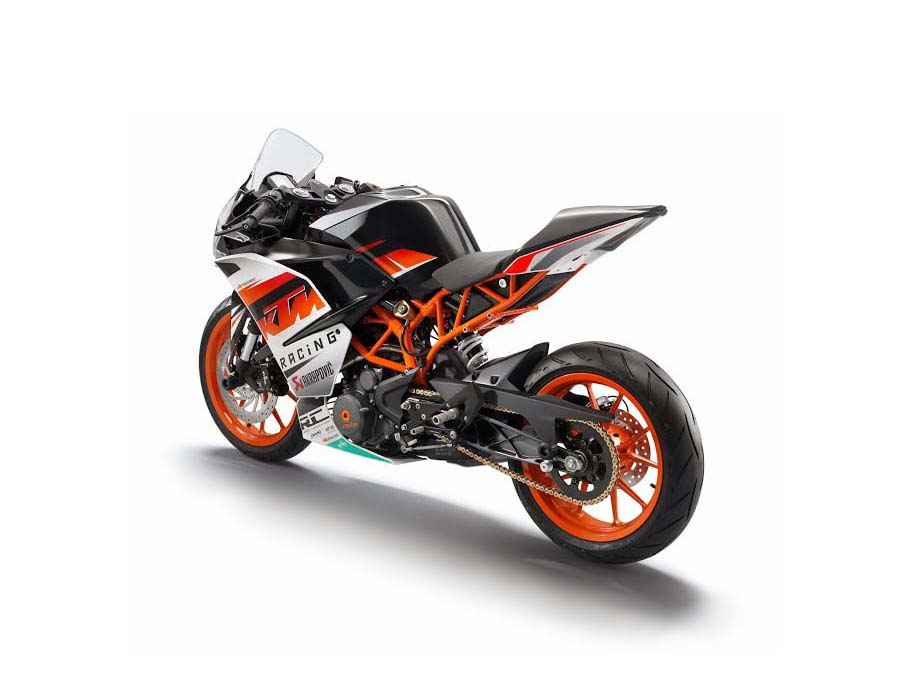 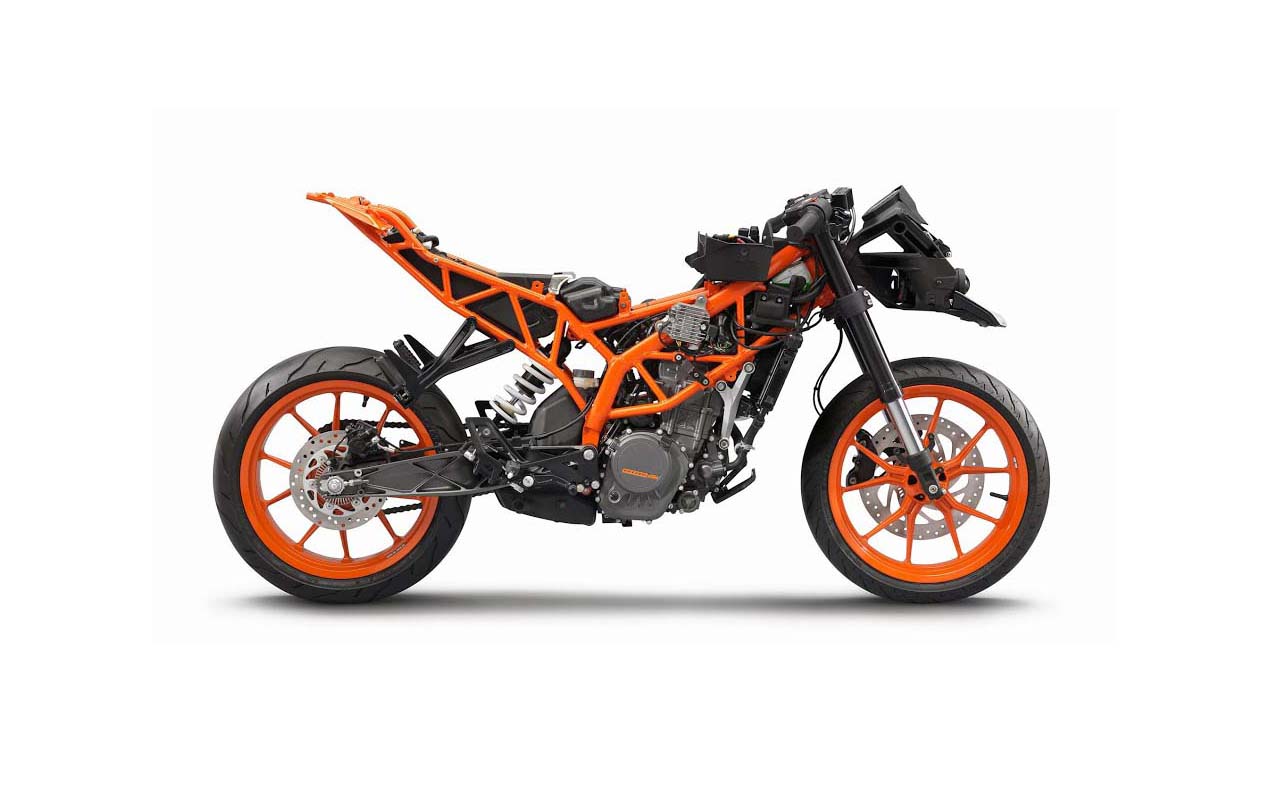 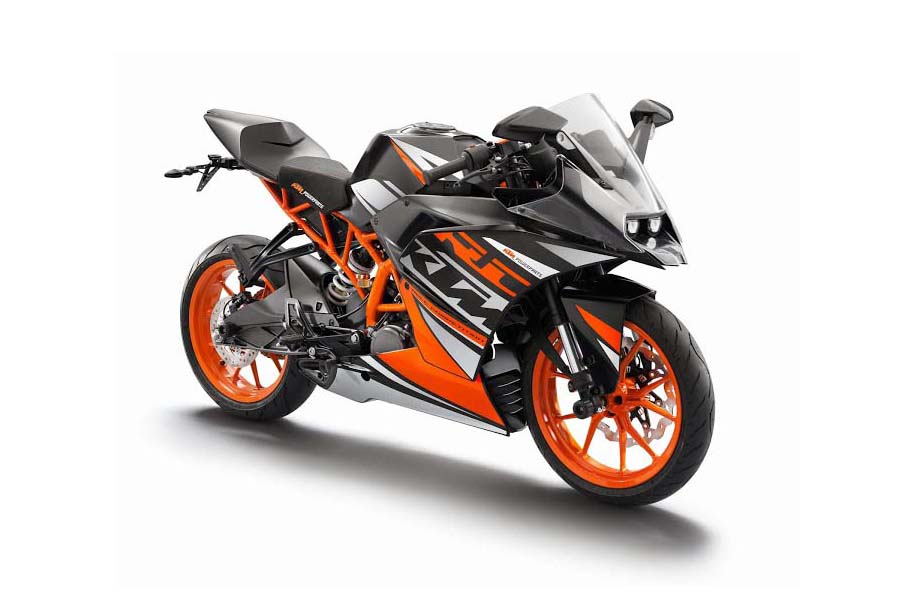 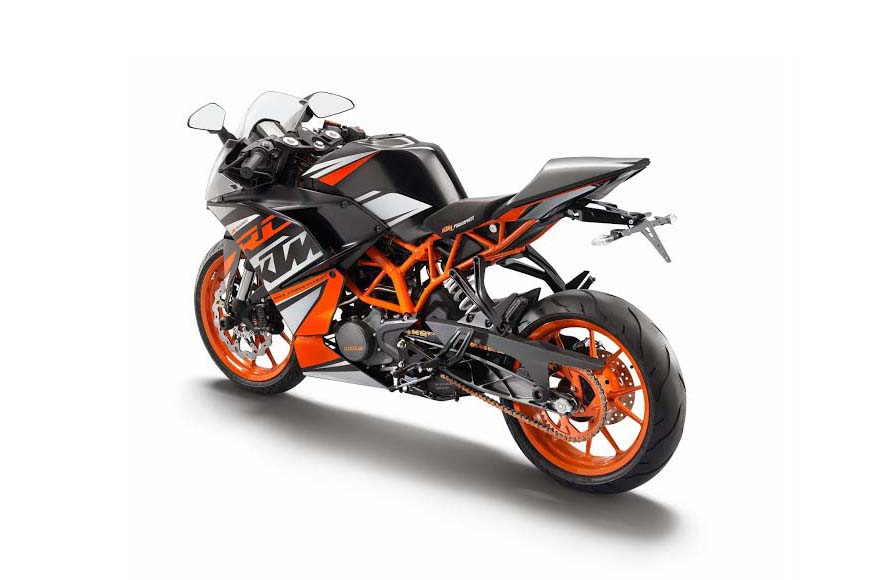 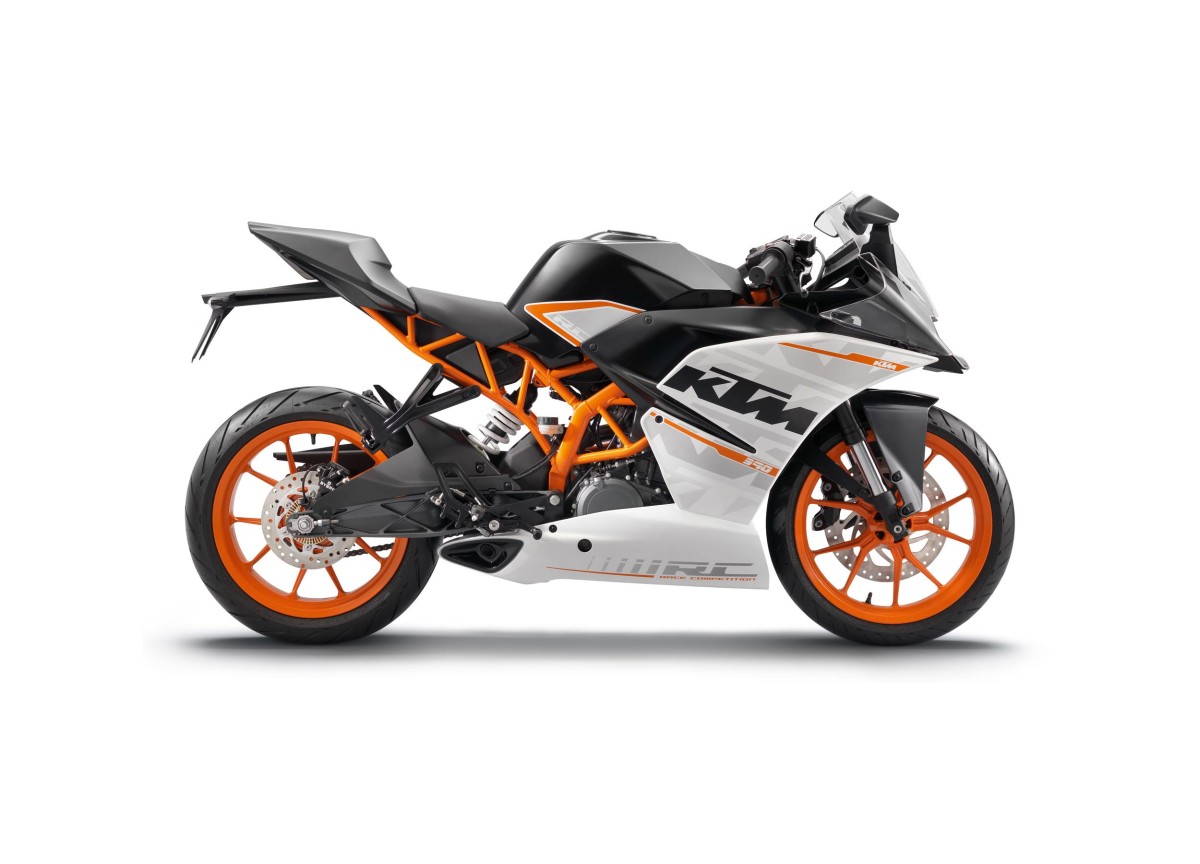 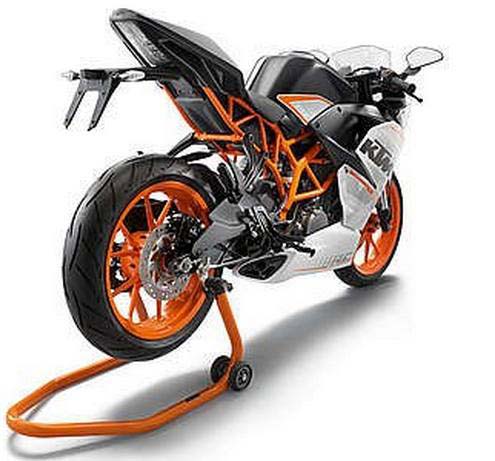 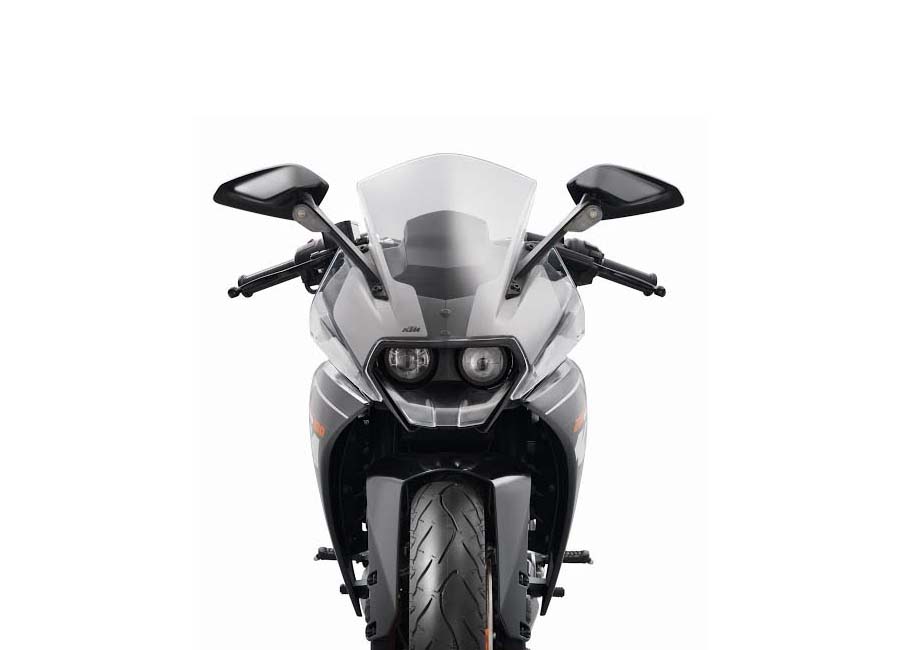 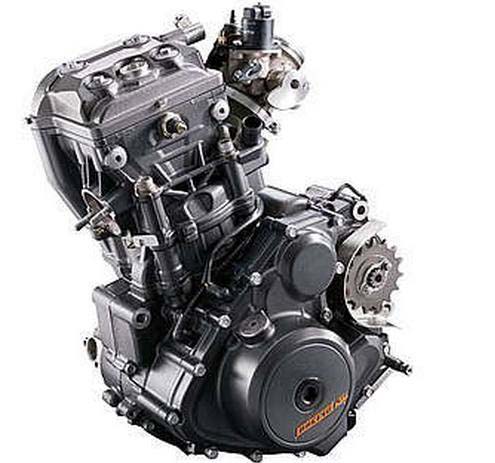 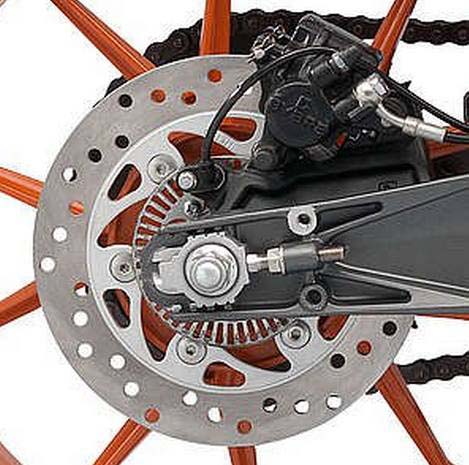 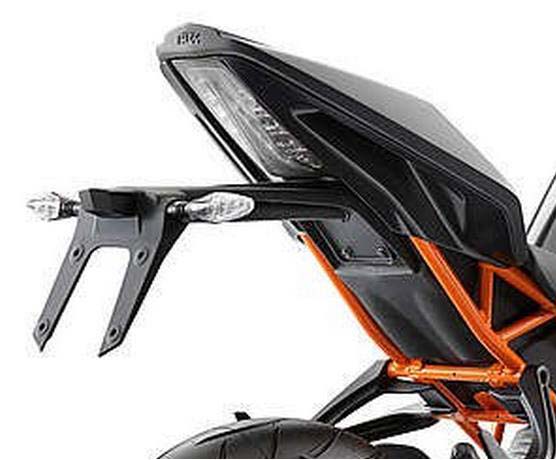 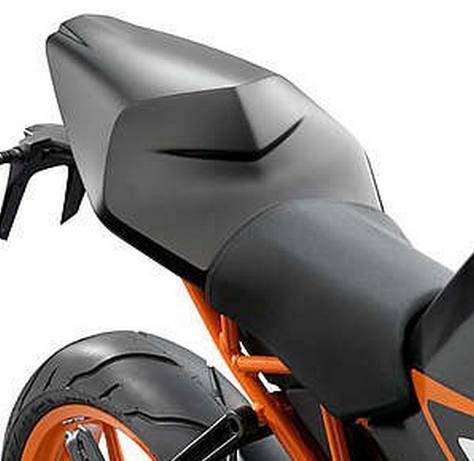 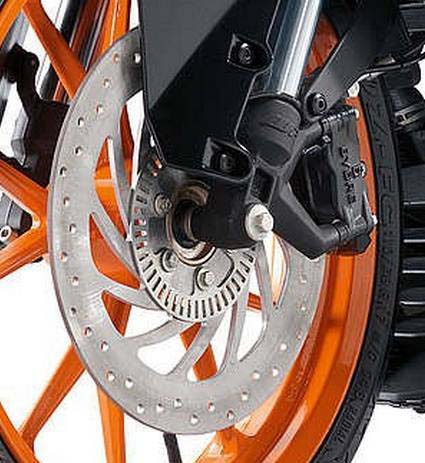 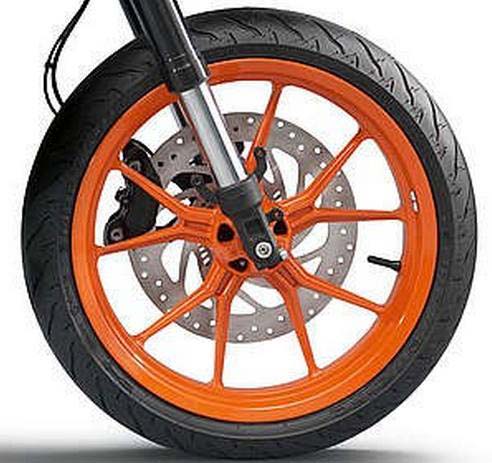 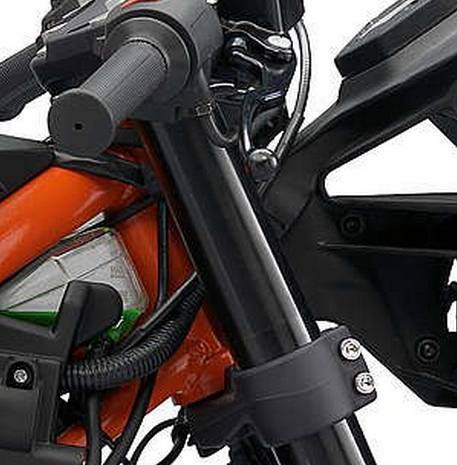 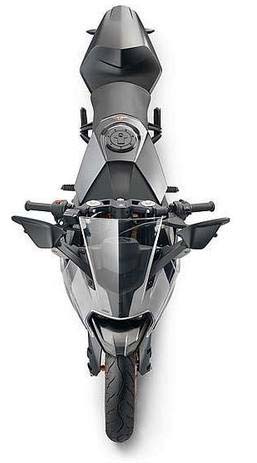