The Alfieri is so heart achingly beautiful that random tunes of melancholy start playing in your head, your tear up and you sincerely believe it is cruel to put all these miles between you and the Alfieri concept! Maserati is celebrating its centenary in style with the Alfieri, a 2+2 concept, named after one of the Maserati brothers. Alfieri is credited with founding the “Officine Alfieri Maserati” in Bologna a century ago.

Maserati says the Alfieri is a 2+2 Concept the 1957 3500 GT, the 1959 5000 GT and the 1969 Indy before it. The design though is strongly inspired by the Maserati A6 GCS-53 designed by Pininfarina in 1954.The A6 GCS-53 was the last car that Pininfarina designed for Maserati model before making a comeback with the Quattroporte and the GranTurismo. The iconic design feature of the A6 GCS-53 were the inverted A pillars. This was not an option for Maserati in the new Alfieri probably due to current legislations, or the incompatibility with the sleek coupe stance. The designers at Maserati led by Marco Tencone have recreated the ‘optical effect’ with the addition of a sculptured line that starts from the bonnet and fades to the door high line, making the windscreen look larger. The three dimensional candy-cane tail lights are made up of two red external elements with a white element inside. The headlights up front use bi-xenon-LED bulbs. The decorative spokes of the forged wheels, the brake calipers, the grille, the air ducts, the rear diffuser, the edges of the exhaust tail pipes are all finished in Maserati Blue. The Alfieri signature, retrieved from an old Maserati document and sculpted in the number plate recess on the rear of the car is also in blue. The suspended dashboard is conceptually inspired by that of the Maserati 5000 GT. The instrument panel features TFT displays, and the in the meters, instead of a rotating indicator, the numbers themselves rotate around the clocks. Current speed and RPM are highlighted by a magnifying glass effect. The floor of the Alfieri is finished in a material that imitates oxidised steel, a material commonly found on racing cars of the 1950s. The seat profile inserts, gearbox lever and oval clock on the central console are milled from single piece aluminium billets, hand finished and anodised in a natural copper colour. All other aluminium components, including the pedals, gearbox paddles and steering wheel spokes are also hand finished and anodised in a palladium colour. The three-spoke steering wheel with the crown in the centre is also fully handmade .

A six-speed, electro-actuated gearbox (MC Shift) is mounted in a single unit with the limited slip rear differential and connected to the engine via a rigid torque tube. The transaxle layout gives the Alfieri an optimized front-rear weight distribution with a slight predominance to the rear axle. The Alfieri’s carbon ceramic disc brakes come directly from the GranTurismo MC Stradale and are combined with blue Brembo brake calipers.

The concept, Maserati says is a realistic expectation of Maserati’s future design DNA but is not an actual prototype. Expect to see a prototype of this concept in future motorshows, with the production variant a long way down the line. Like we said before, the Alfieri concept broke hearts at Geneva. 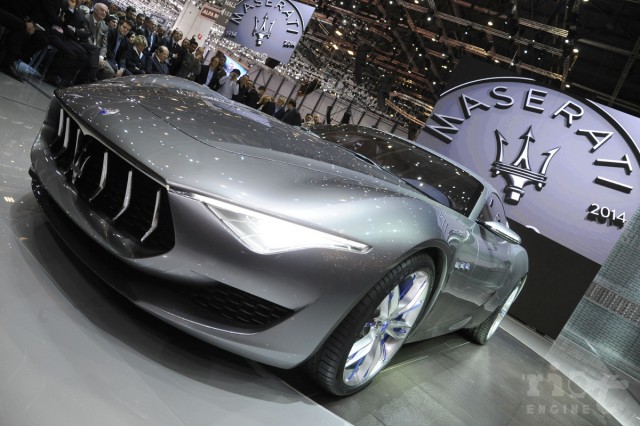 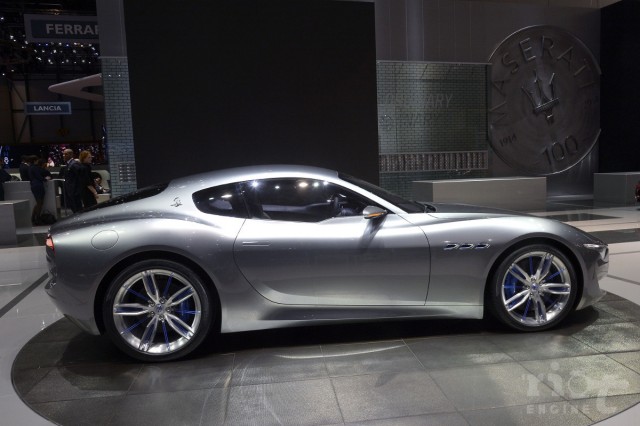 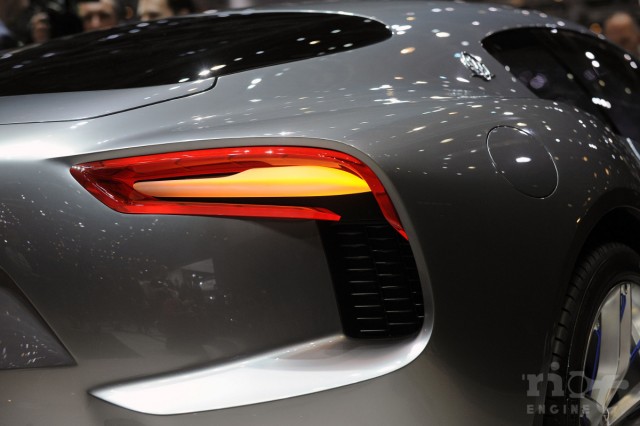 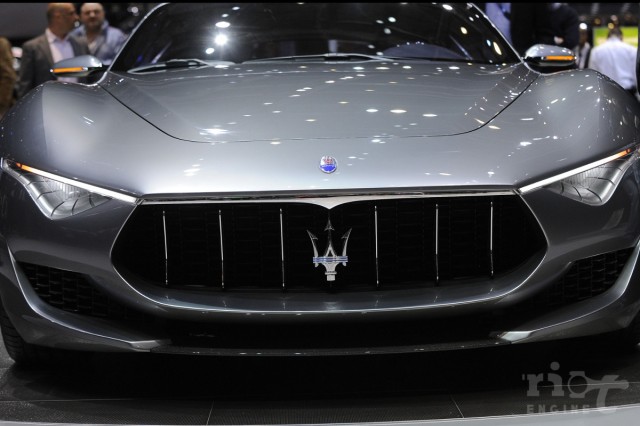 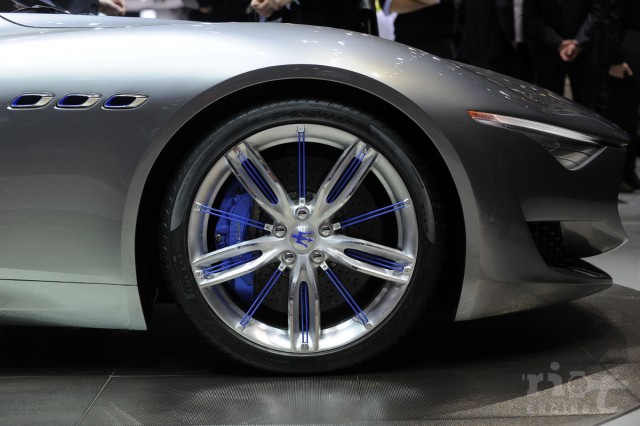 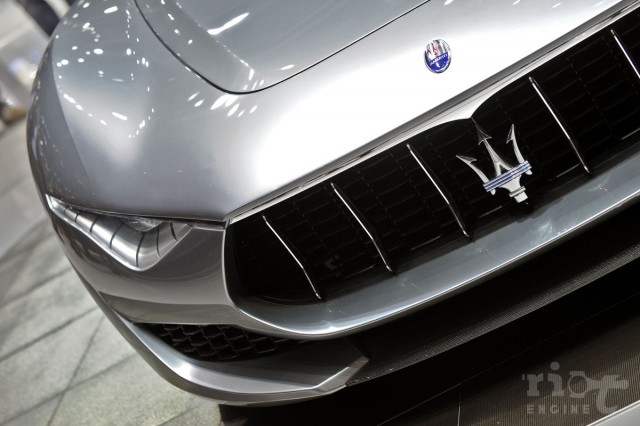 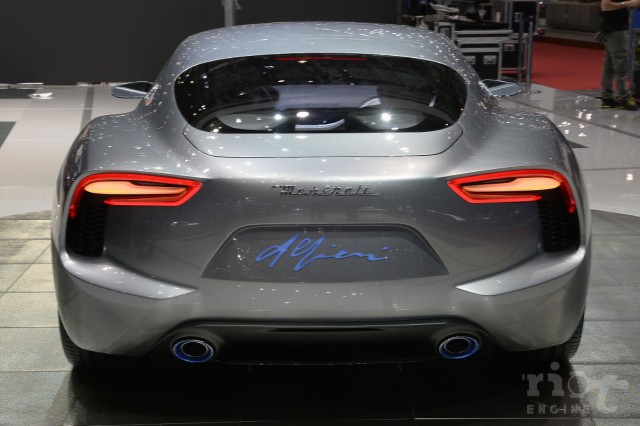 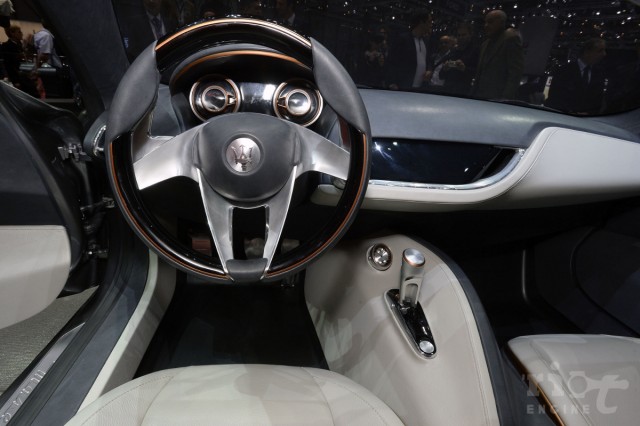 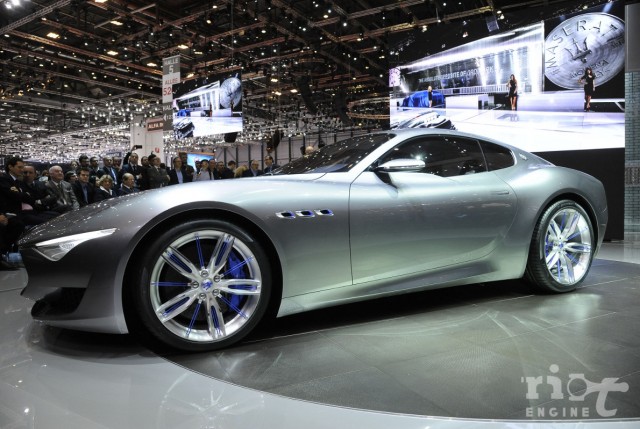 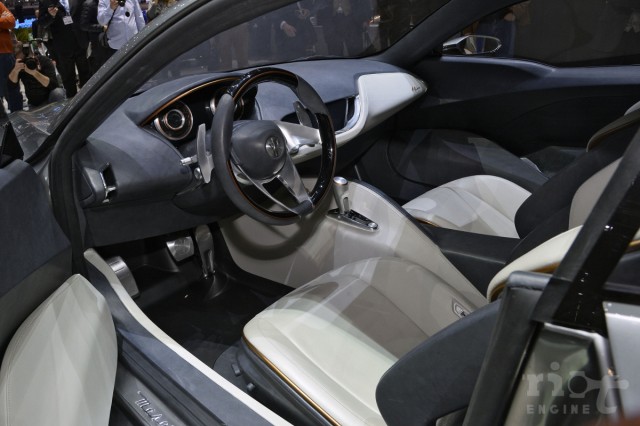 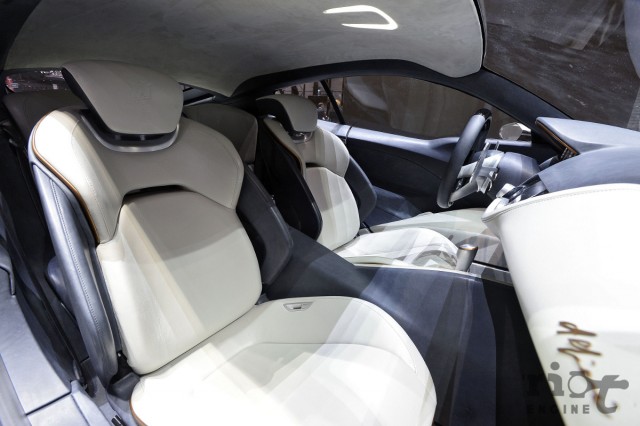 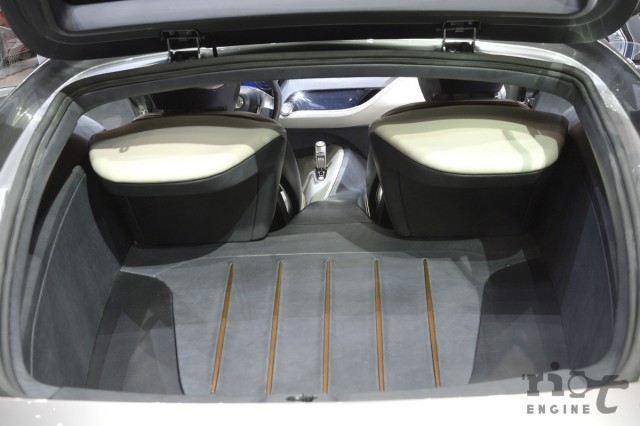 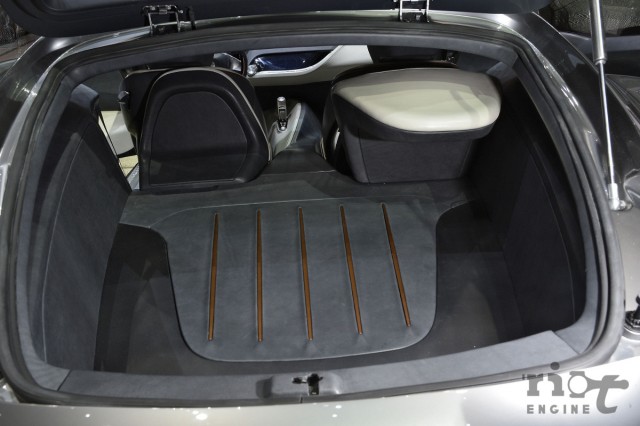 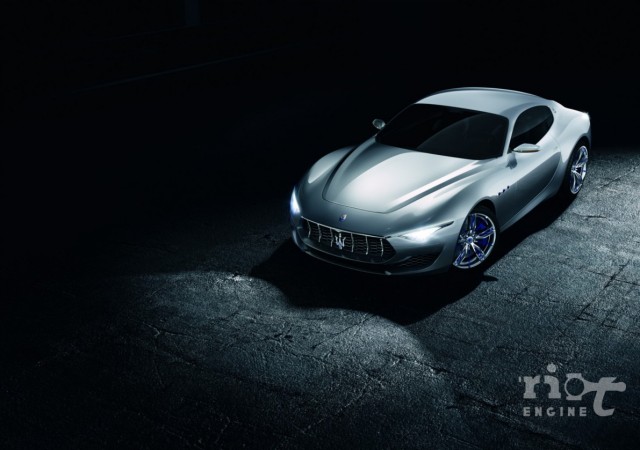