In June 2013, Lotus Motorcycles was established as a joint project of Kodewa, designer Daniel Simon and the Holzer Group. Kodewa is a German racing team which takes credit for building the Lotus T128 LMP as well as running the Lotus LMP2 program in the FIA World Endurance Championship. Holzer Group is an engineering firm, again based in Germany, which has been instrumental in the development of the various prototypes fielded in DTM, the German Rally Championship and also Formula 1. Daniel Simon, is a designer, again German, who is the go-to designer in Hollywood when futuristic vehicles have a prominent role in a movie.

The C-01 owes it origins to Kodewa’s Dr Colin Kolles. “We set out to create a bike that isn’t just great to ride but also represents a piece of art in motion. Over the years I have seen my fair share of style over substance, what this bike brings to the market is a unique combination of both: state of the art technology with a truly jaw-dropping aesthetic.” said Dr. Kolles. 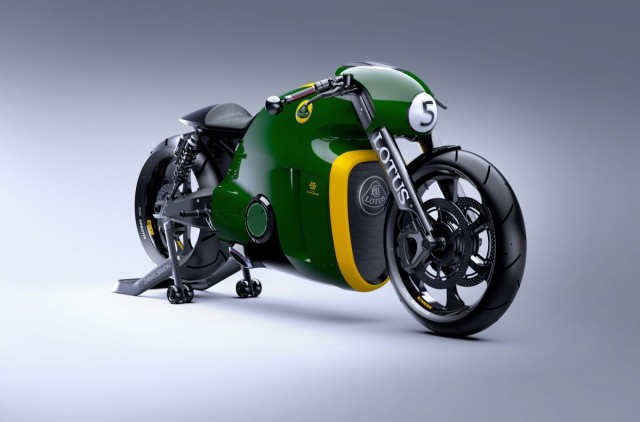 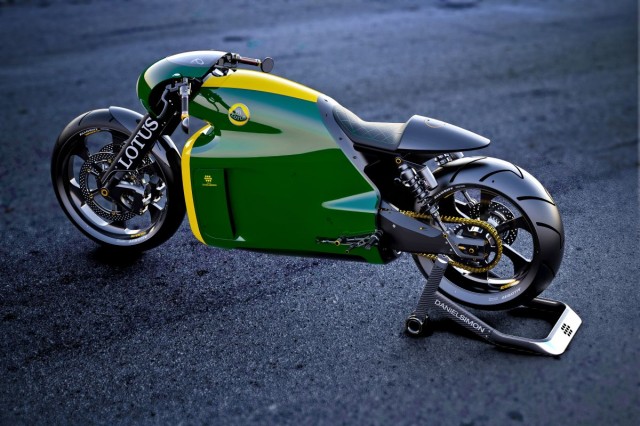 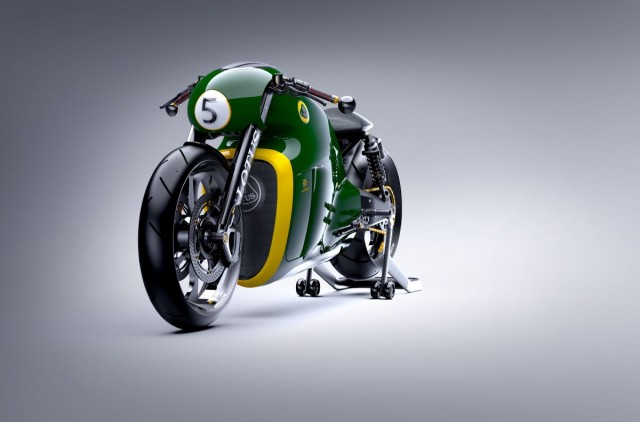 Daniel Simon was roped in to style the motorcycle, while Holzer Group offered supported Kodewa during the development phase. After nearly 8 months, the production version has been unveiled. The Lotus C-01 will be limited to a production run of 100 units and offered in a range of famous Lotus motorsport liveries.

“The design process of the C-01 was a labour of love, there were many challenges, ensuring that the bike not only touches your visual senses with its timeless blend of classic appeal and modern execution, but that is safe and ergonomically sound was critical to me. We have worked hard to create a motorcycle with very distinctive features such as a clean main body, an extremely low side profile, a bold stance, a unique air intake, logical partline solutions and clean graphics.” said Daniel Simon.

We especially love the tucked away exhaust and the front grille which is outlandish.

Commenting on the C-01 Günther Holzer, CEO of Holzer Group said: “I was one of the first people to ride it and I have to say I was very impressed. Together we have found that delicate balance between raw, aggressive power and breath-taking handling. The team has created something very special, it looks incredible, it sounds fantastic but above all, the ride is sensational. I’m very happy.” 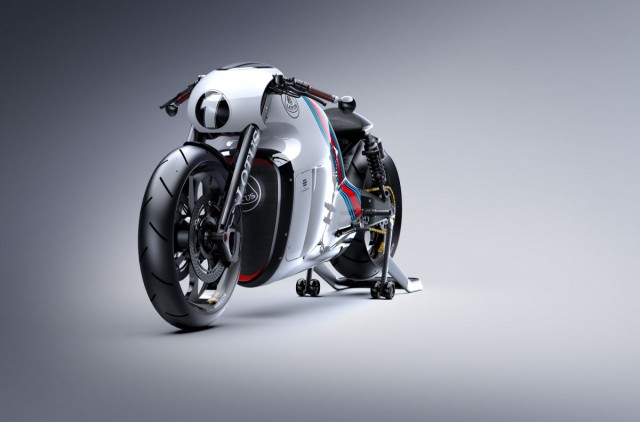 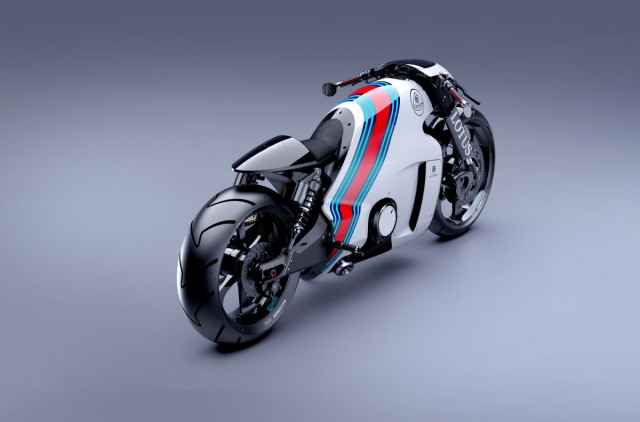 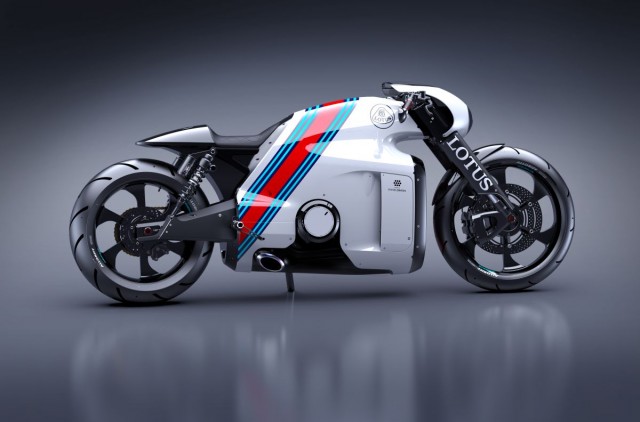 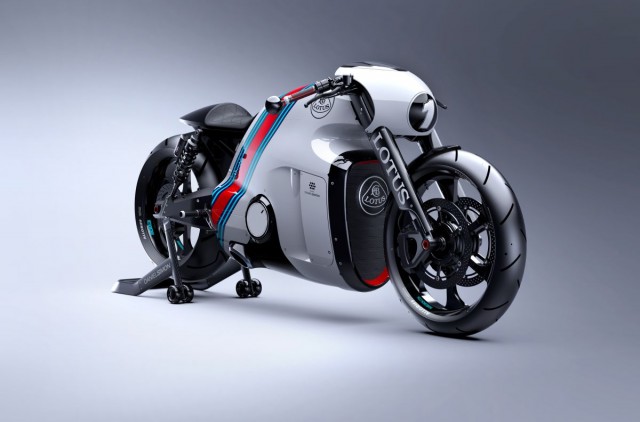 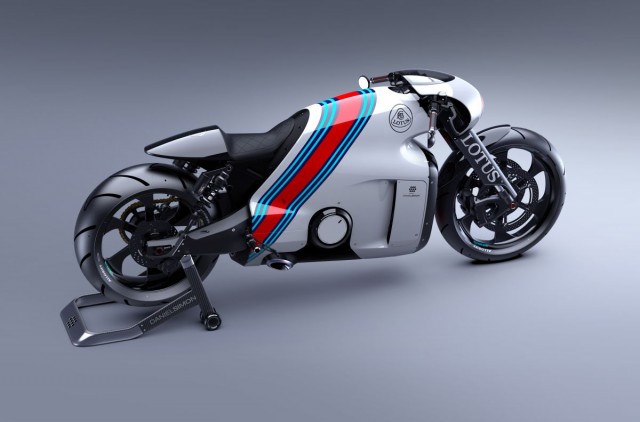 The liveries, the spirit and the brand name. That’s pretty much all that the British marque has to do with the C-01. Simple elegant lines penned by Simon, and lightweight construction using exotic materials are all characteristically Lotus. A financially weak Lotus has shied away from any actual design or development work and has instead chosen to just lend the iconic brand and the liveries that are revered by fans all over the world. If you remember our story on the spat between Team Lotus and Group Lotus in 2011 on the F1 grid, you would, just as we did, think that Group Lotus would be more judicious about handing over the privilege of using the brand name and colours. Turns out Lotus is brave enough to venture out into uncharted waters, with this stunning looking motorcycle, the first to wear the Lotus badge. Lotus Motorcycles is also offering customization options limited by the customers’ creativity and most of the 100 customers would choose to retain one of the Lotus liveries with a maybe a subtle personal touch here and there. 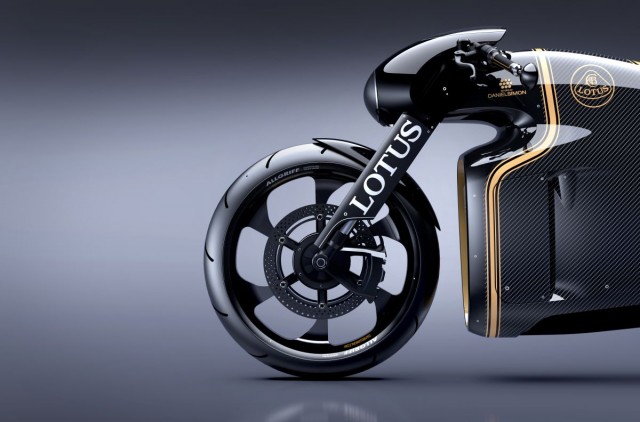 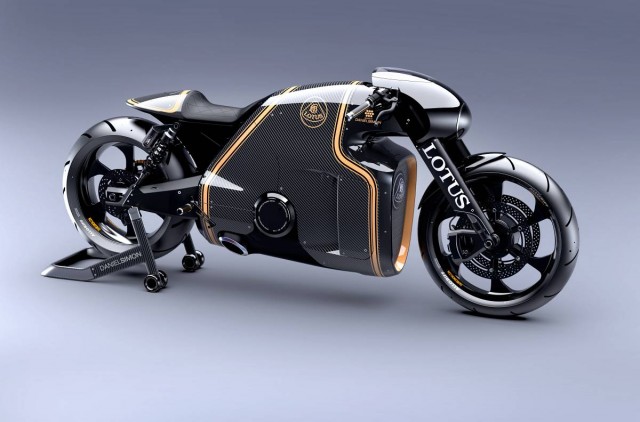 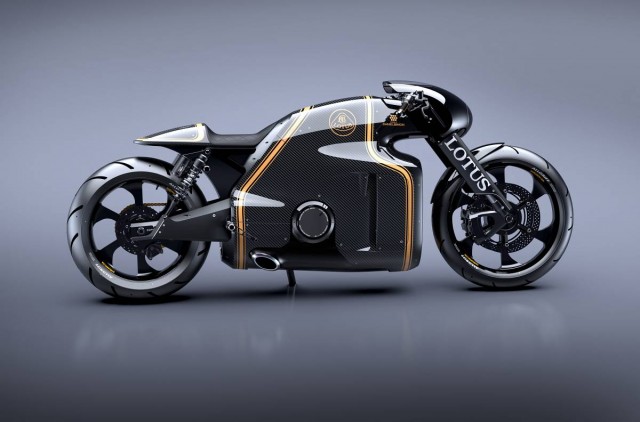 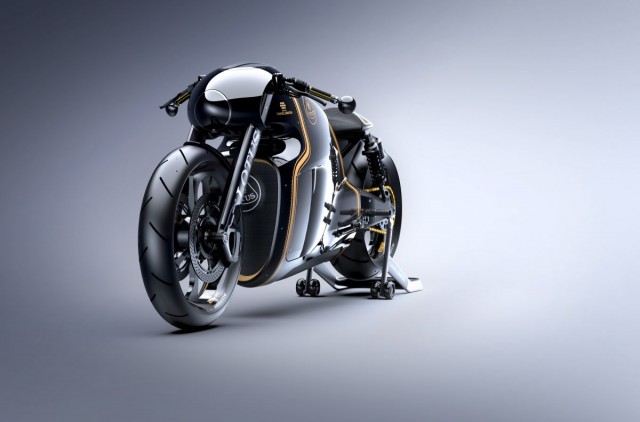 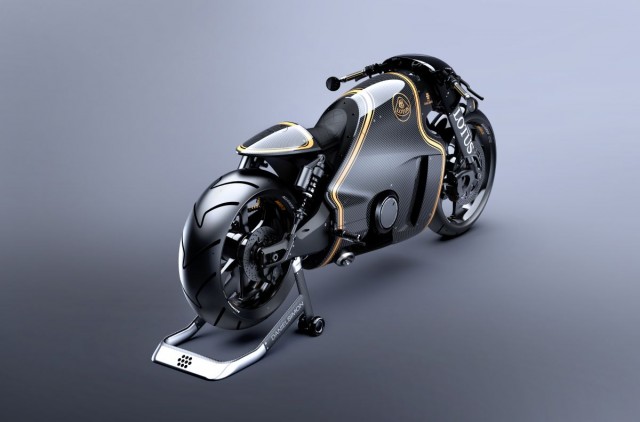 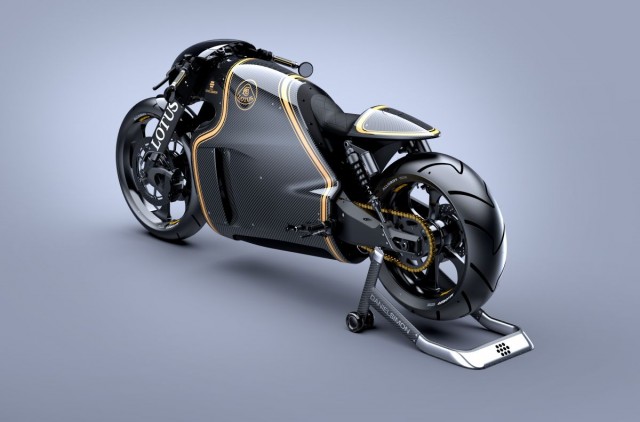 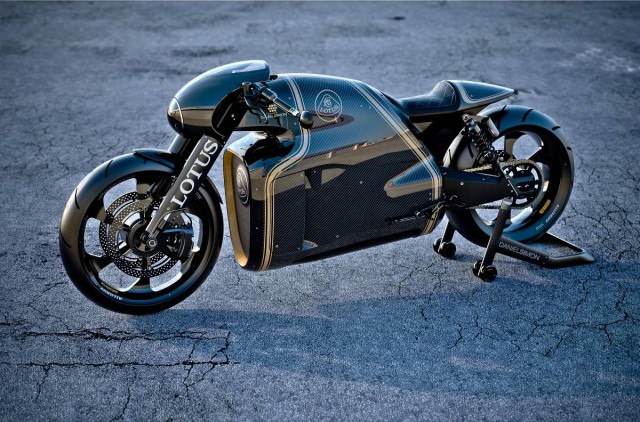 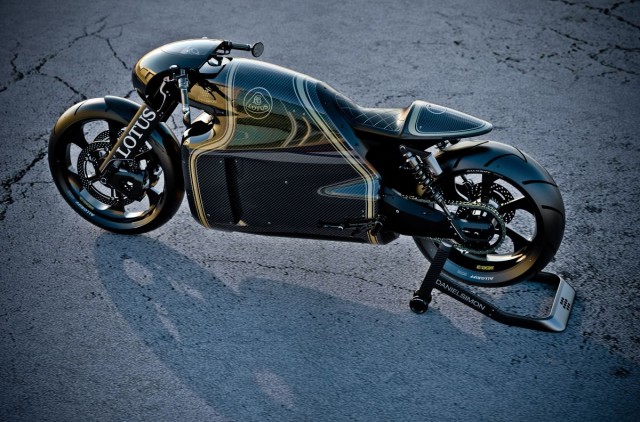 Daniel Simon is a highly talented individual who as we mentioned earlier, is very popular at Hollywood. Daniel’s most recent work includes the bubbleship piloted by Tom Cruise in Oblivion as well the spherical drone. Daniel Simon also designed the Tron Lightcycle as well as the various other transportation means in the movie. In my personal opinion the best of his work was in Captain America, where every Hydra vehicle was designed by Simon. Do head to his website and check out his work. Daniel was also responsible for the livery of the 2011 Hispania Racing Team livery.