While announcing plan to establish another manufacturing, this time near Ahmedabad, Gujarat, Honda also showcased the new CBR650F, which the company says it will produce locally in India from 2015. The new factory is also set to begin operations in 2015 and will have a cpacity of 1.2 million units. Honda also announced the 125cc Activa.

The CBR650F is a beautiful machine from Honda. The DOHC 649cc four-cylinder engine powering the CBR650F is completely new and is said to deliver high torque in a healthy rev range, below 4,000rpm. The development team included many engineers in their twenties, selected to produce a bike with a focus on the younger customer. Strong acceleration from a standing start, low/mid range torque and mid-gear roll-on throttle response were targeted as the essential elements. The CBR650F’s steel twin-spar frame has a tuned rigidity balance along with cast pivot plates and aluminium swingarm. The rear shock works directly on the swingarm and is matched to a 41mm telescopic front fork; the wheels are a new five-spoke design. Twin 320mm wavy front and a single 240mm rear disc deliver the stopping power with 2-channel ABS fitted as standard.

Unlike the extremely sport CBR600RR, the CBR650F which has its origins in the CB650F naked, has a low centre of gravity, slim feel and high-set clip-on handlebars for a much less taxing riding posture. 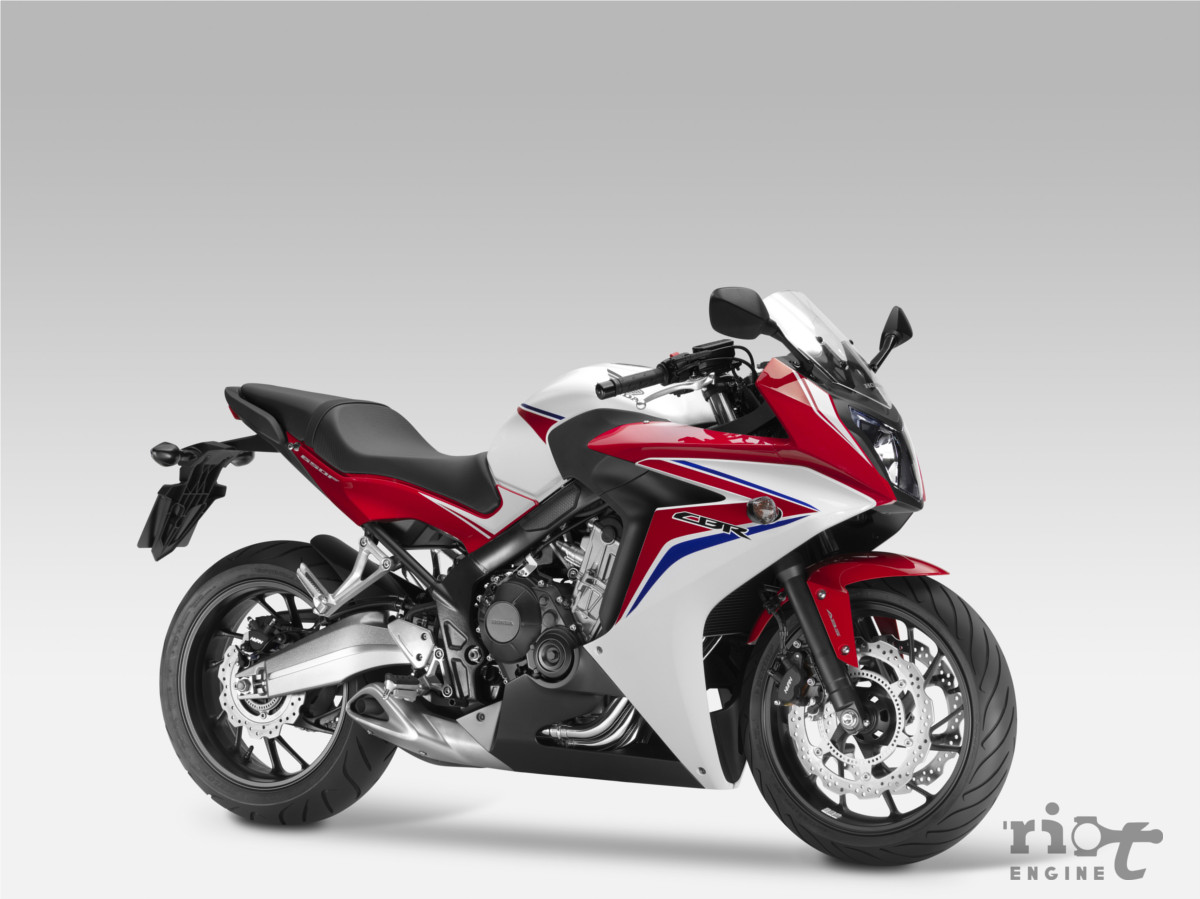 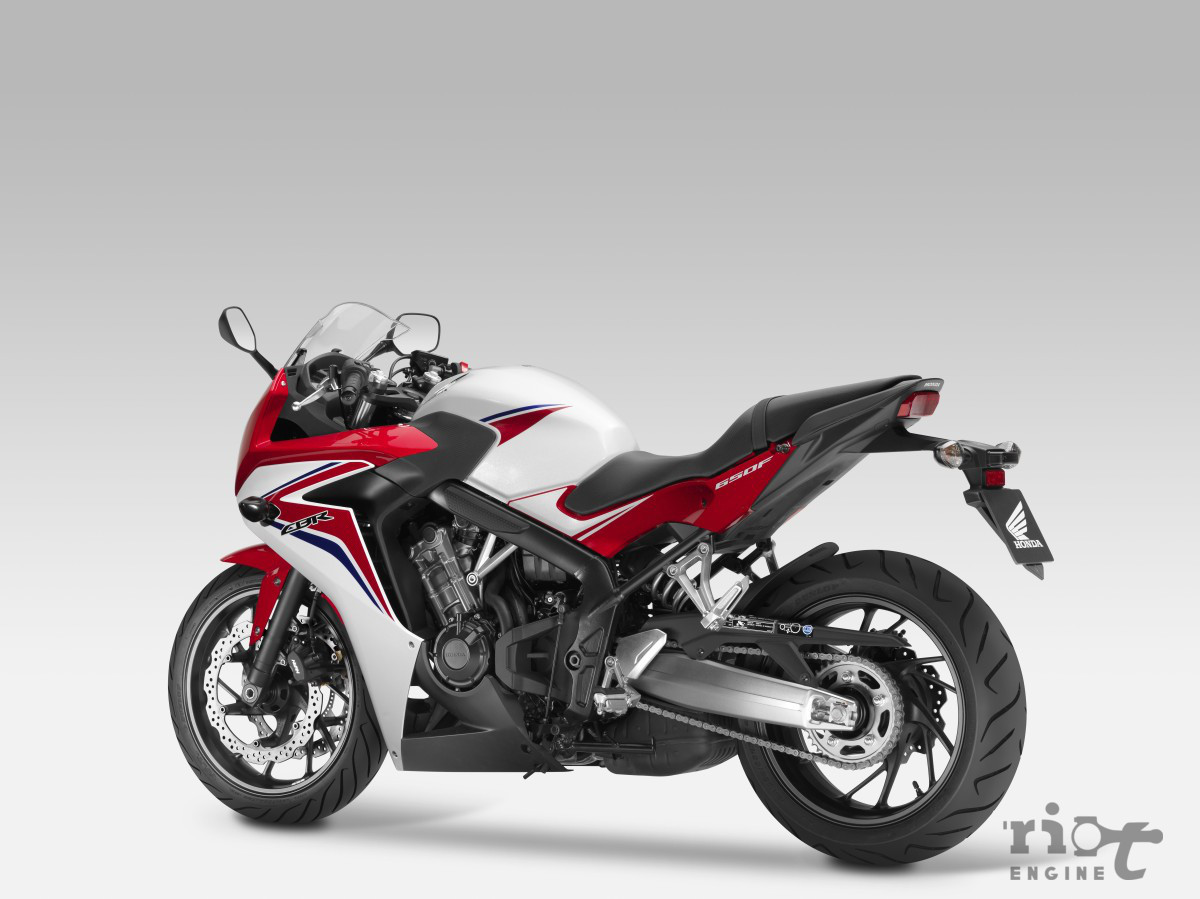 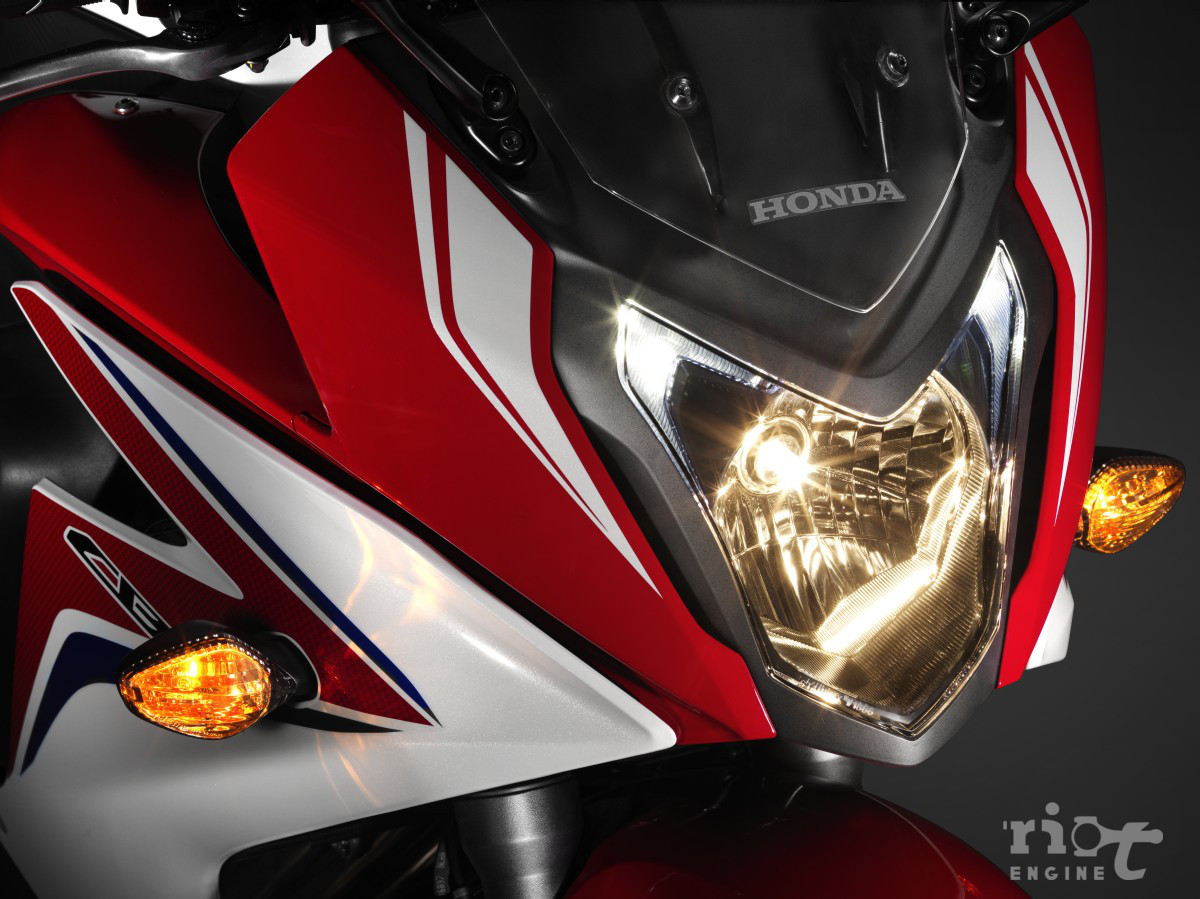 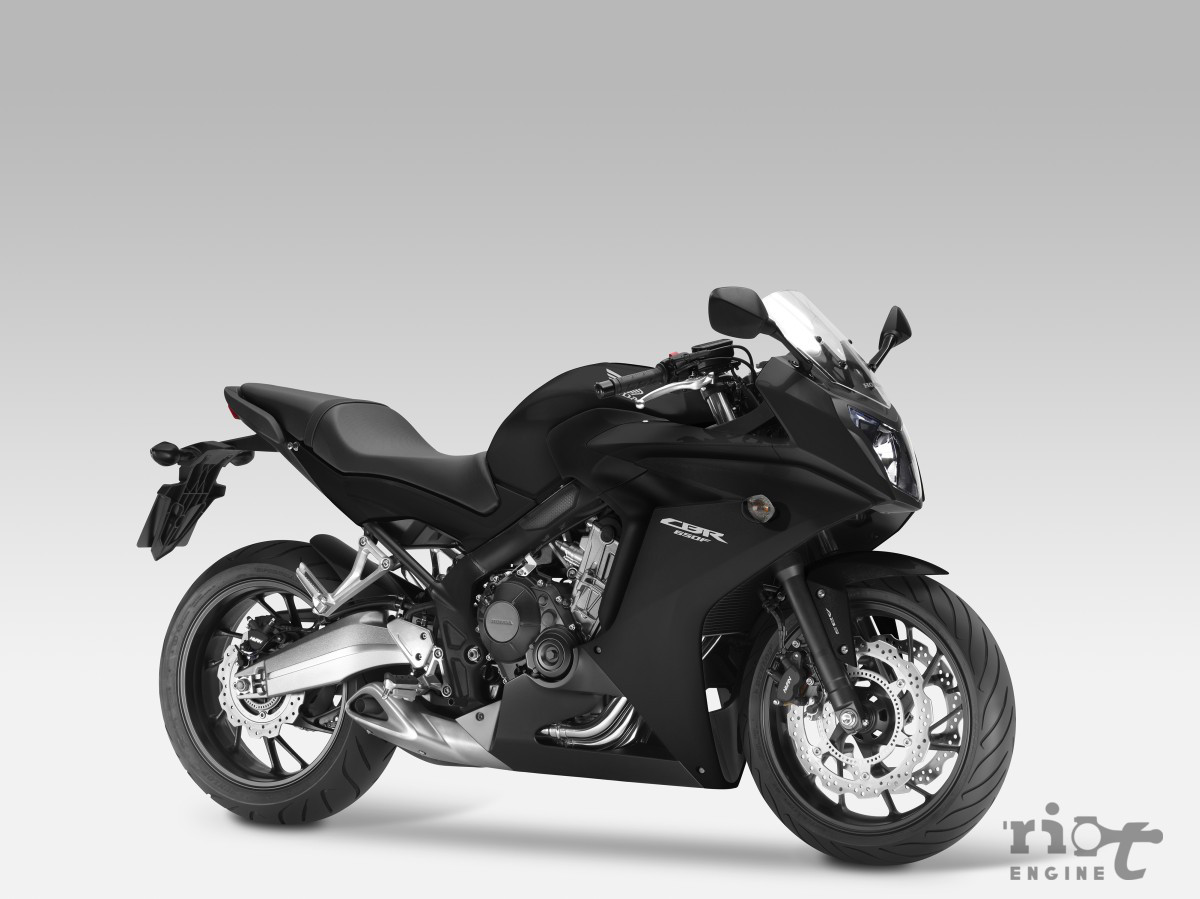 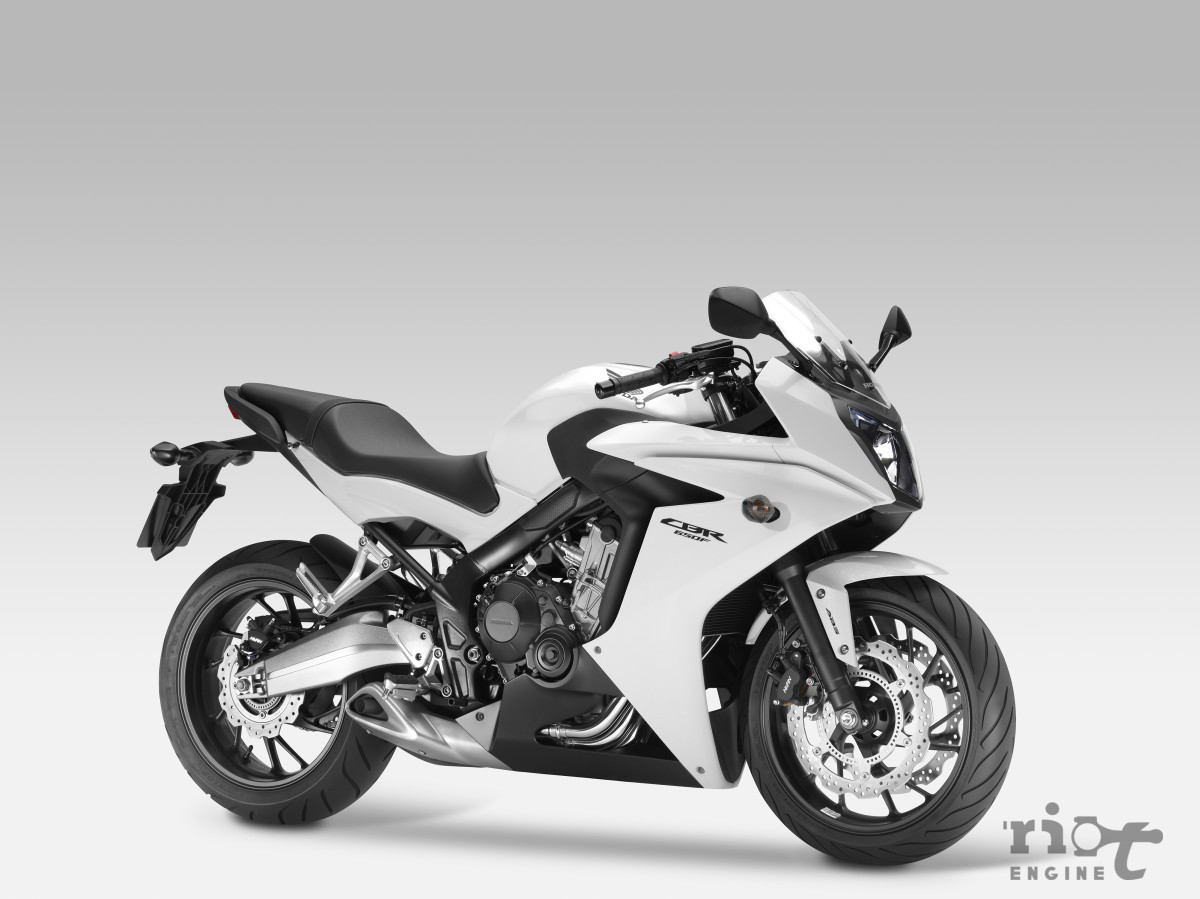