After the unveil of the Ka Concept hatchback at Brazil last year, Ford today followed up with the unveiling of the Figo Concept, a compact sedan, under four metres in length aimed squarely at the other B segment cars in India, the Honda Amaze and the Maruti Suzuki DZire. The design is global, as is the norm with all new Ford products based on the ‘One Ford’ philosophy. The designers have penned the lines beautifully, yet as with most cars in this segment, the boot is obviously stubby.

The front trapezoidal grille is characteristically Ford. The windshield has been inclined as much to the rear as possible for a sleek profile. Blacked out headlamps somehow are very ‘Figo’. The headlamp plastic a slight grain which Ford says enhances the parabolic shape inside.

While the focus was on establishing a sleek modern design, Ford also points out that it has been tested extensively in wind tunnels for an aerodynamically optimum shape that lets the compact car slip through, improving fuel efficiency. Ford has also understood the situation in densely populated countries like India and Brazil and the corresponding chaos of traffic and designed exterior mirrors that are less likely to snap off. The underlying flexible architecture will act in your favour when the careless motorist on the road deftly knocks your mirror. These mirrors are also electrically adjustable. We are yet to receive more information on this, but Ford speaks of a device dock, which introduces a new way to store, mount and charge devices such as mobile phones, MP3 players and satellite navigation systems, seamlessly integrating them into the in-car entertainment system.

Powertrain options are expected to be similar to that of the EcoSport, with options of the 1.0 litre EcoBoost engine or the 1.5L petrol and diesel. Watch this space, we intend to bring you more images from the event soon. 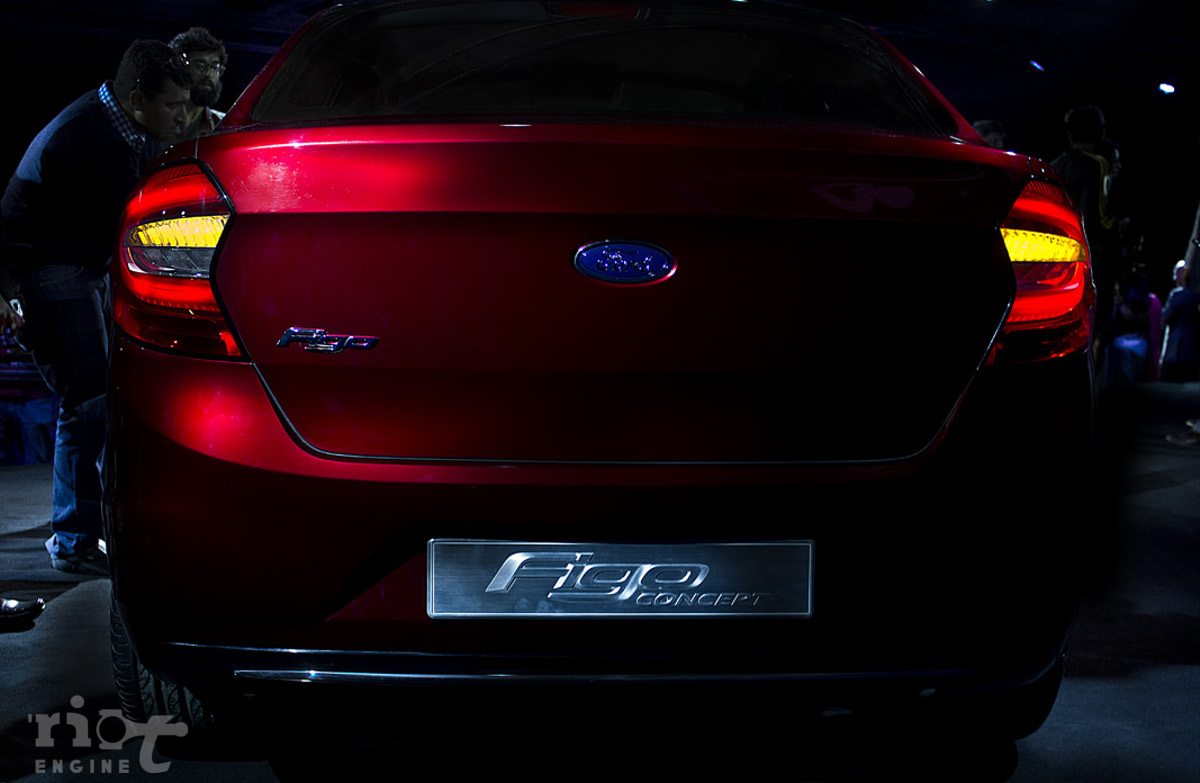 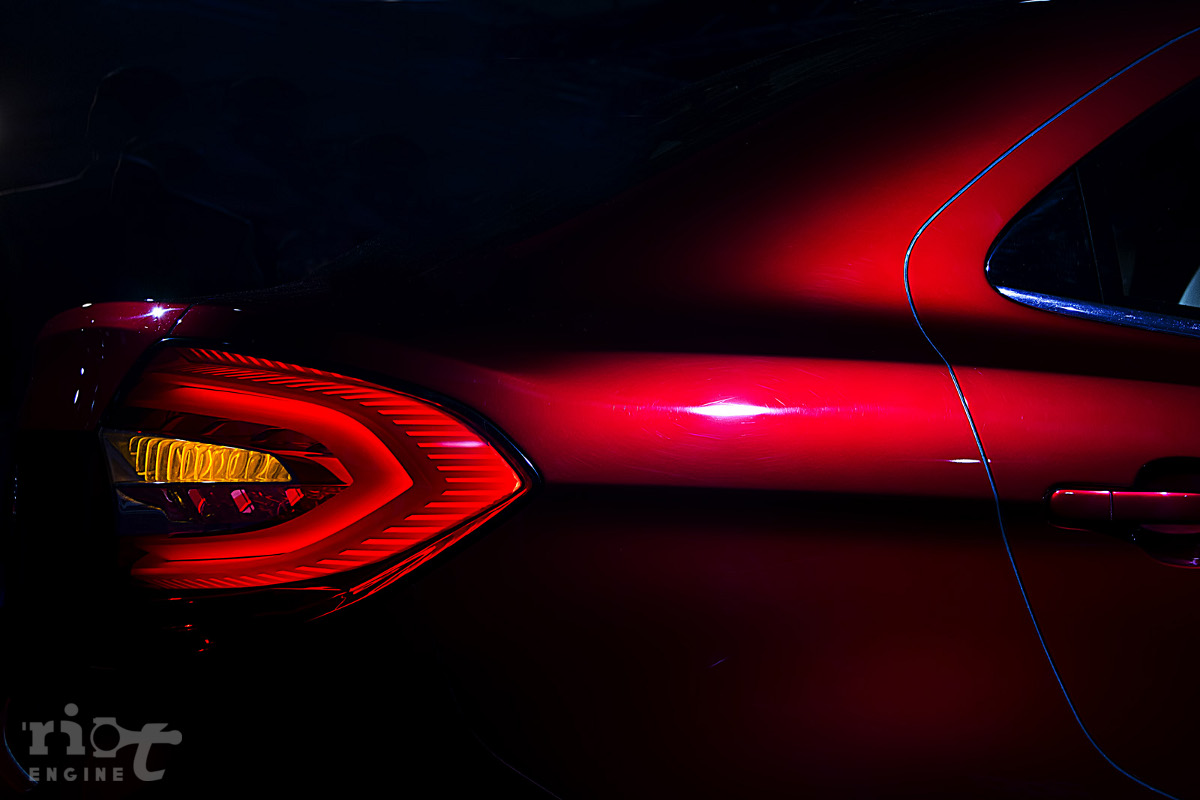 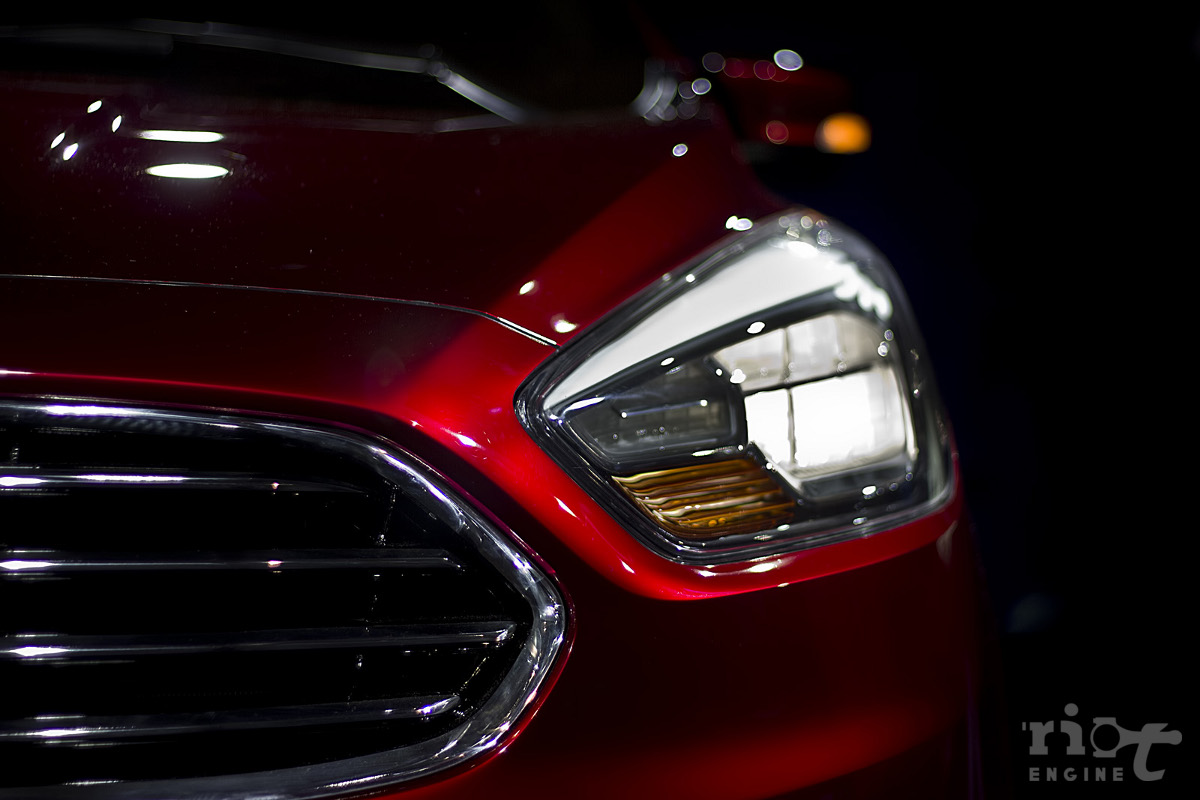 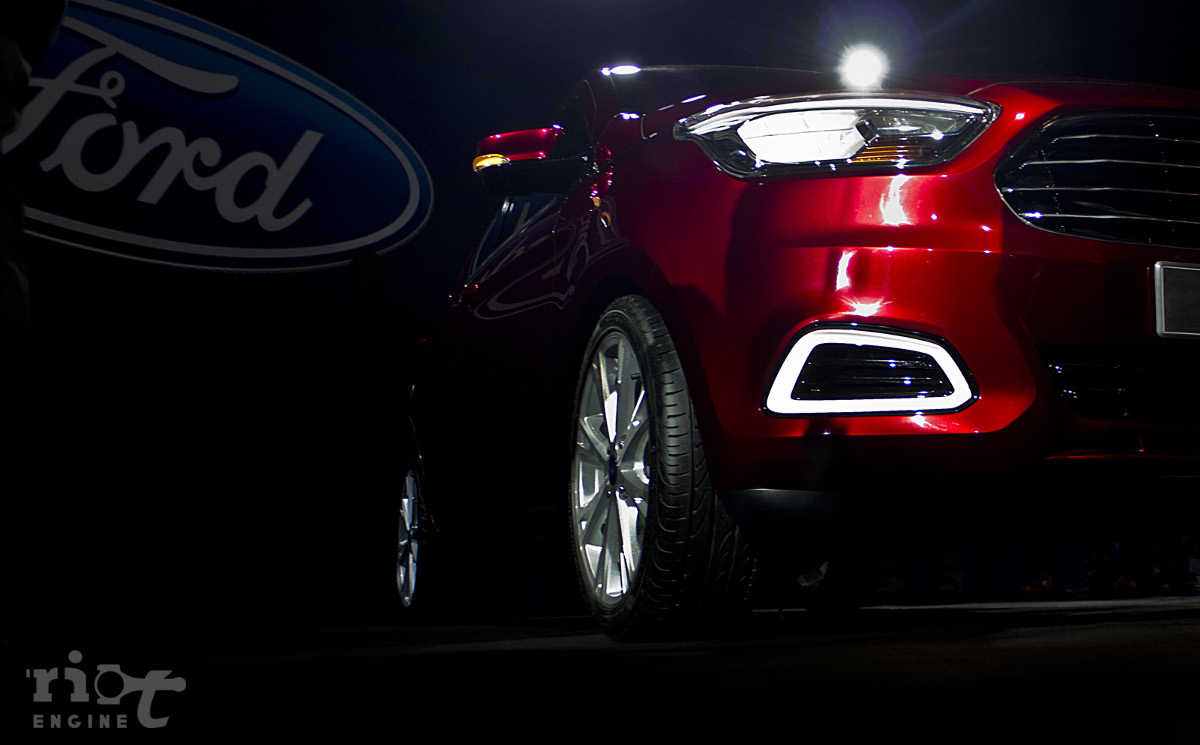 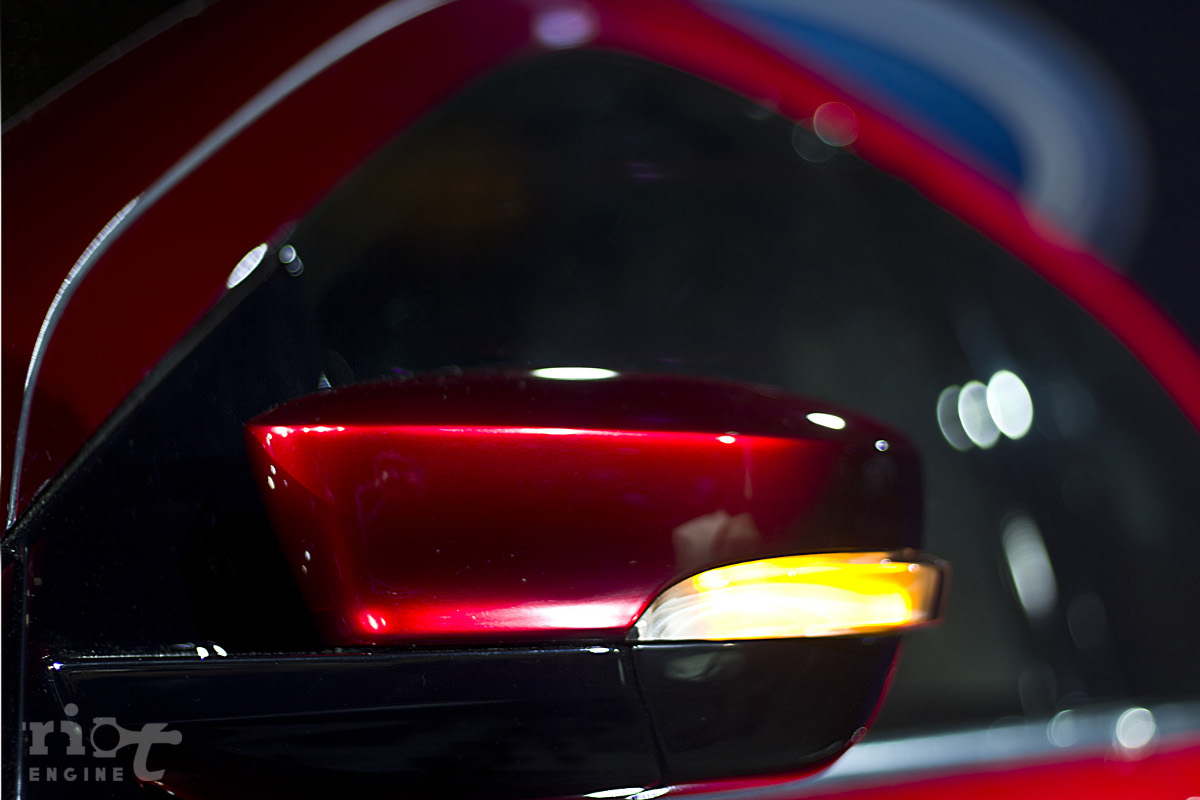 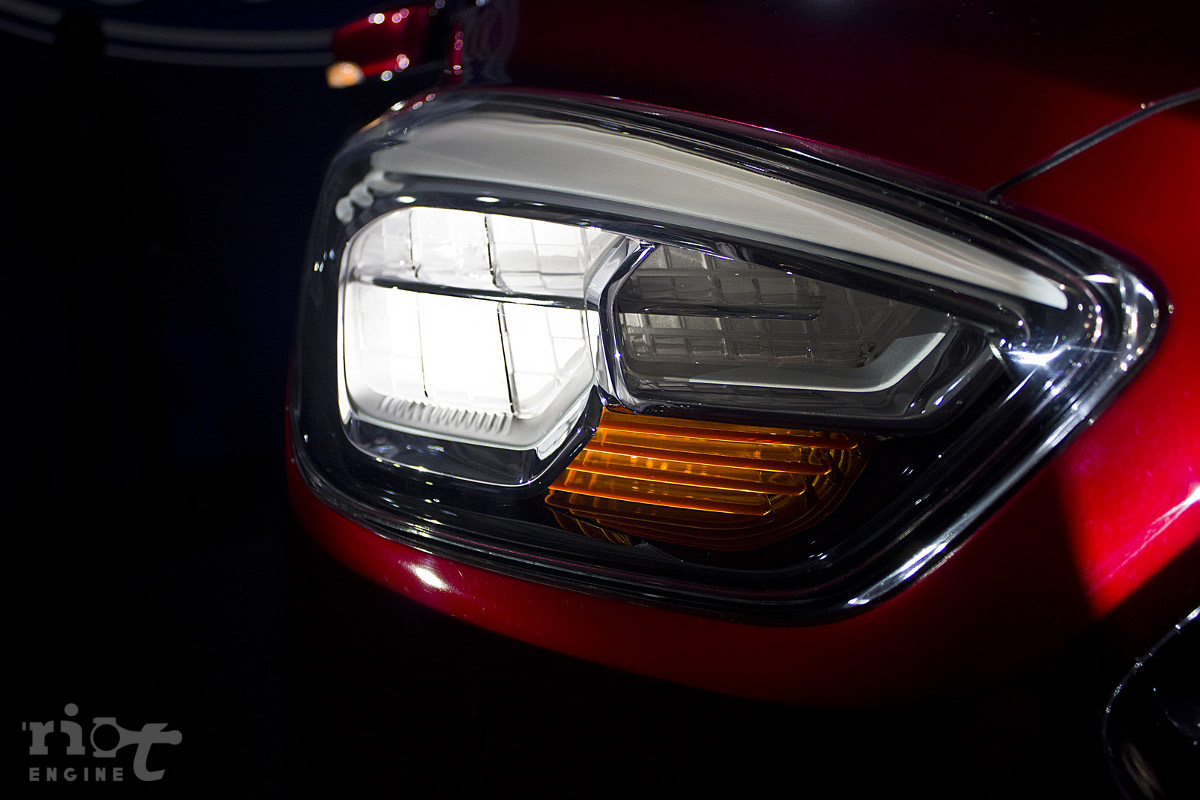 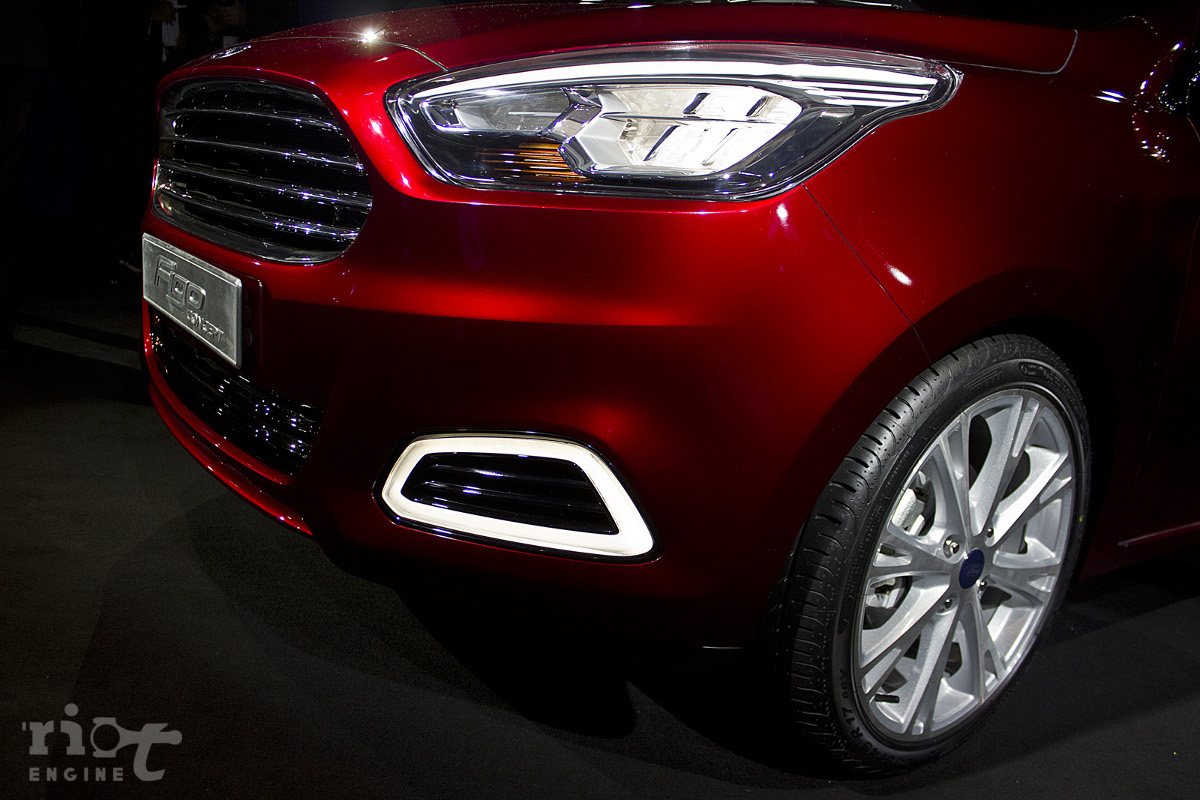 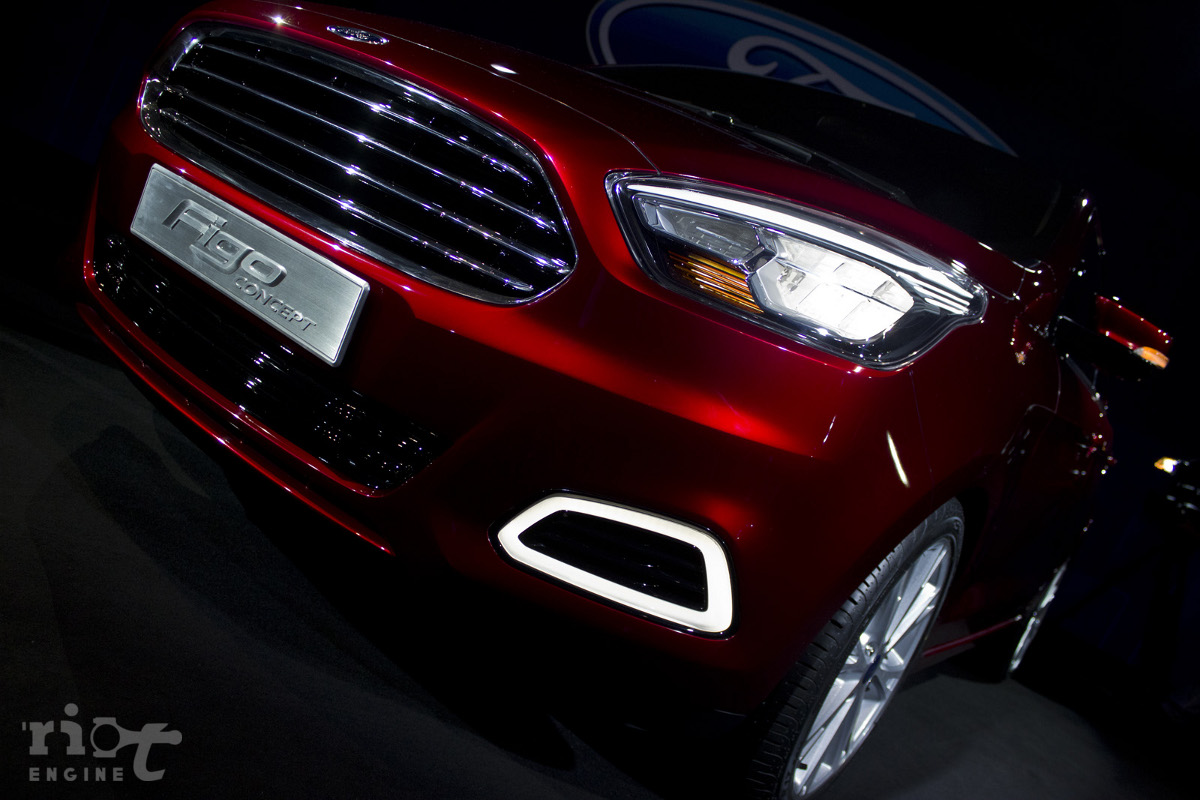 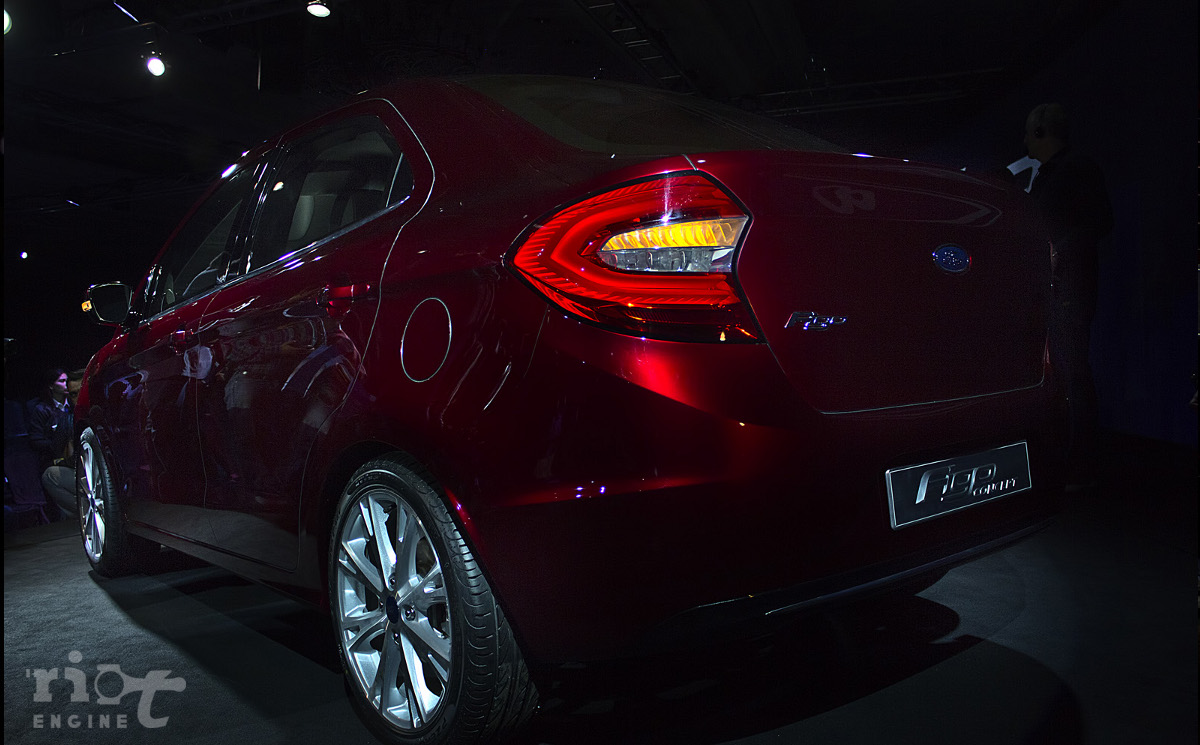 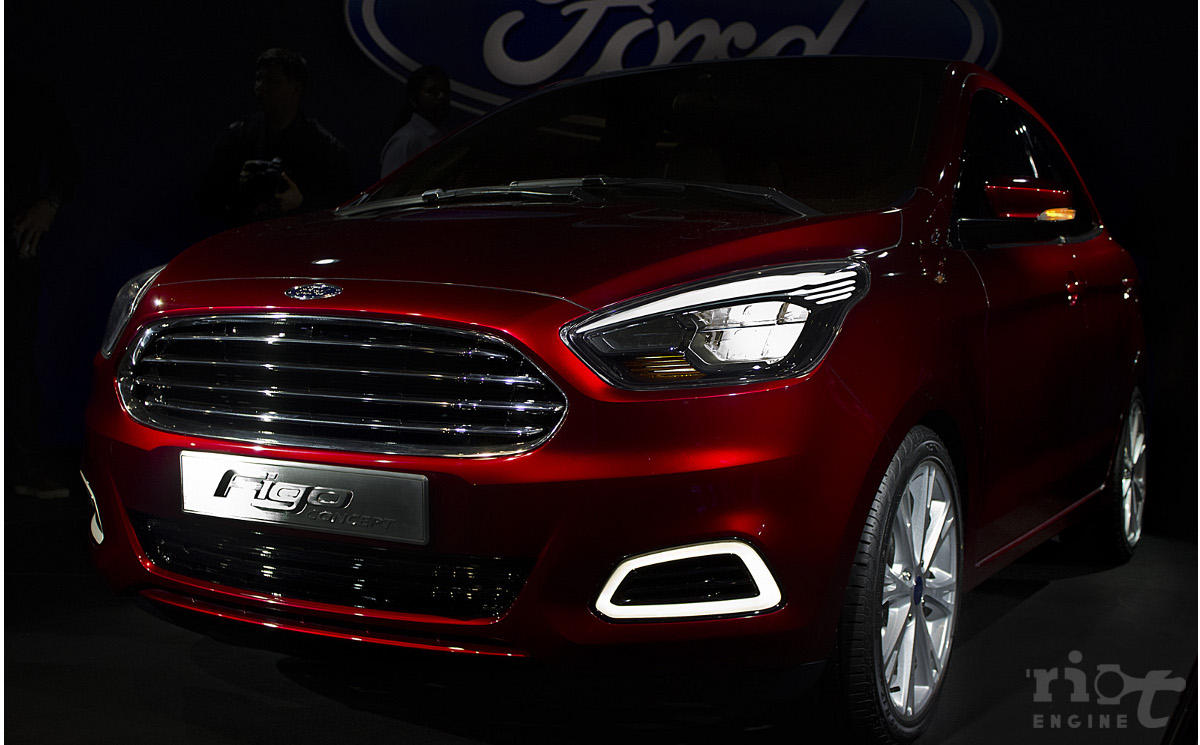 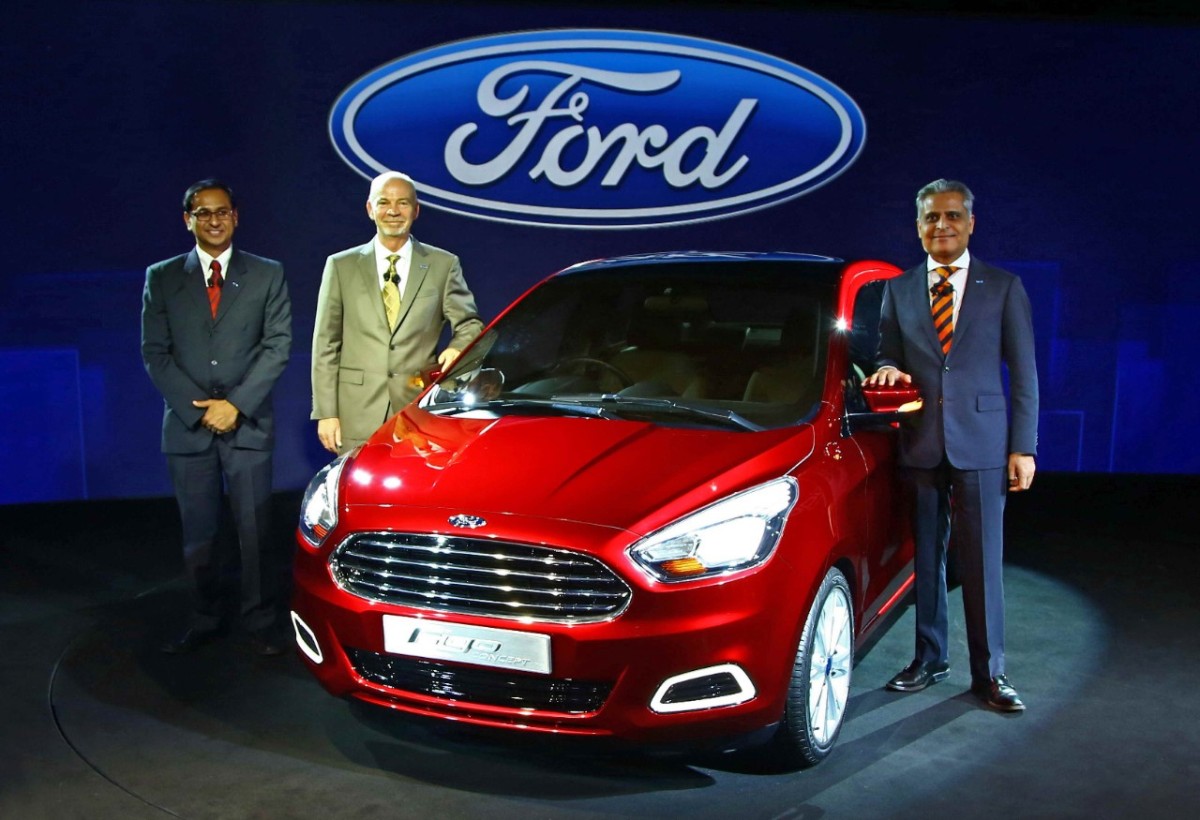 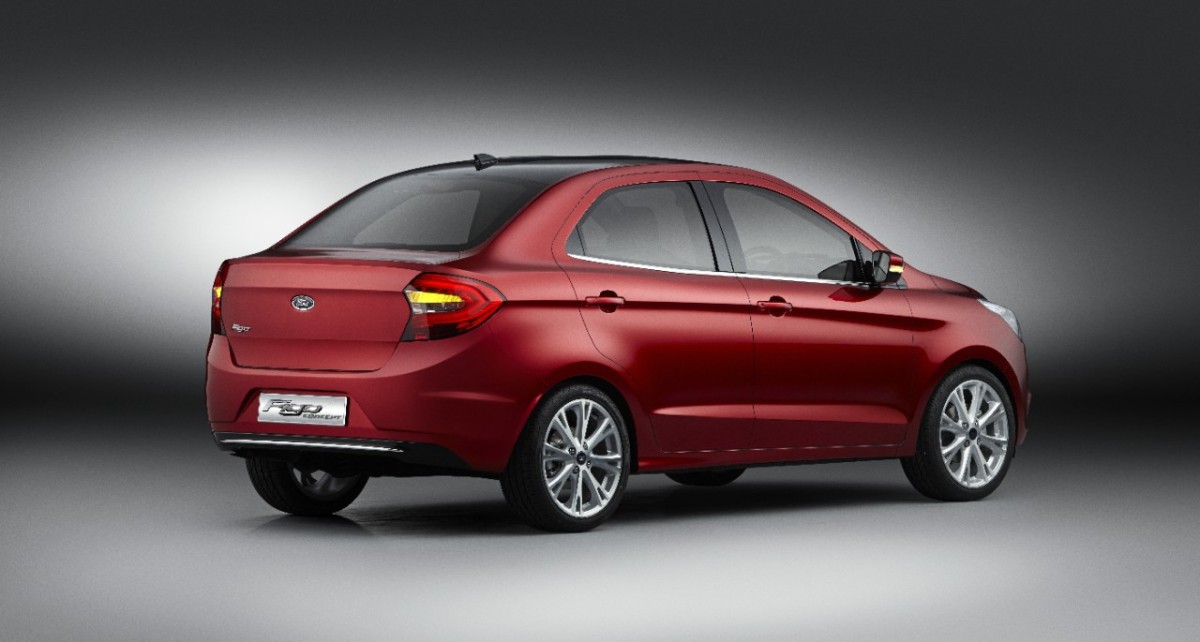 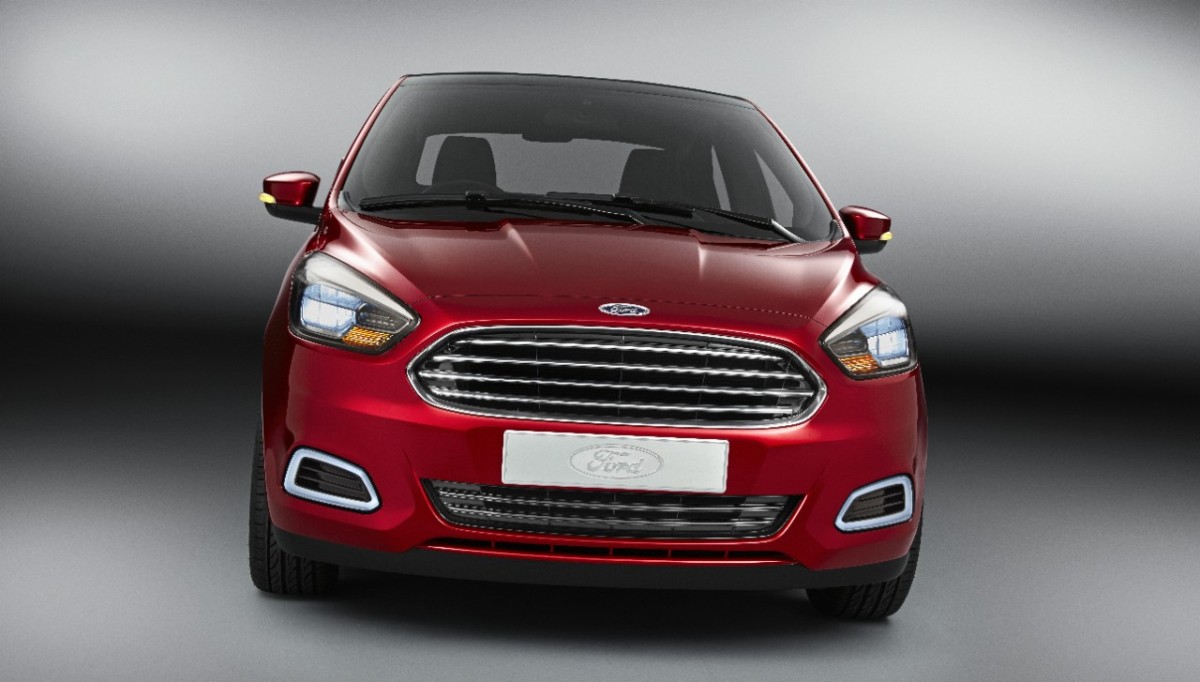 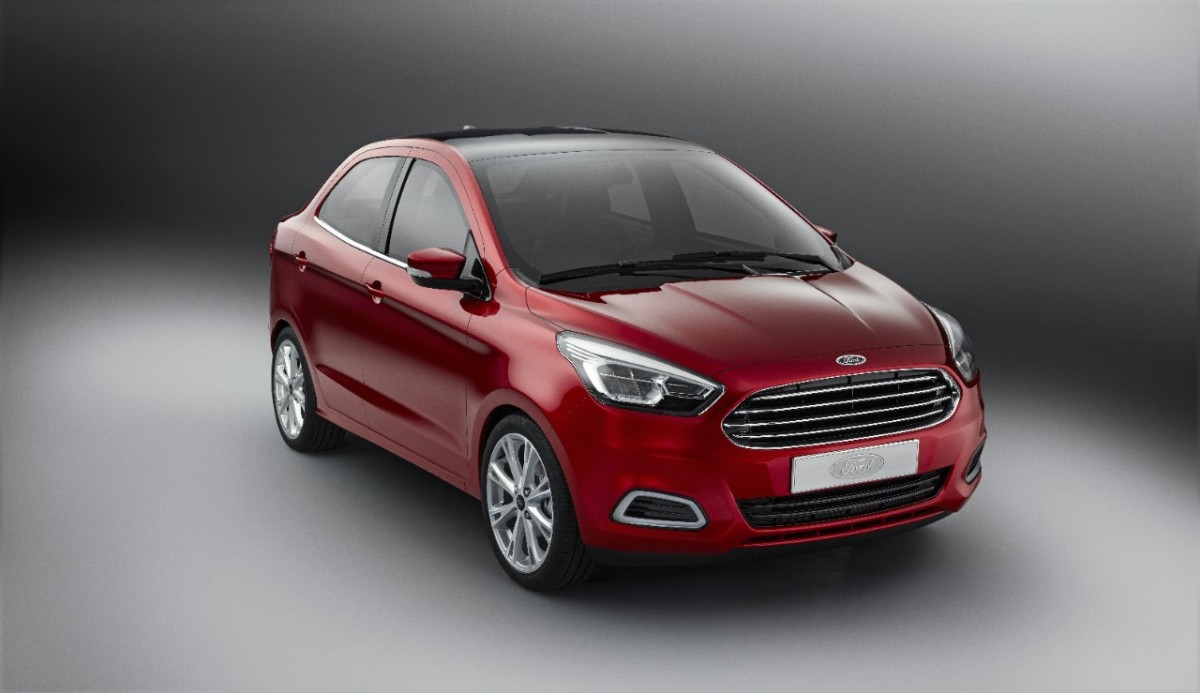 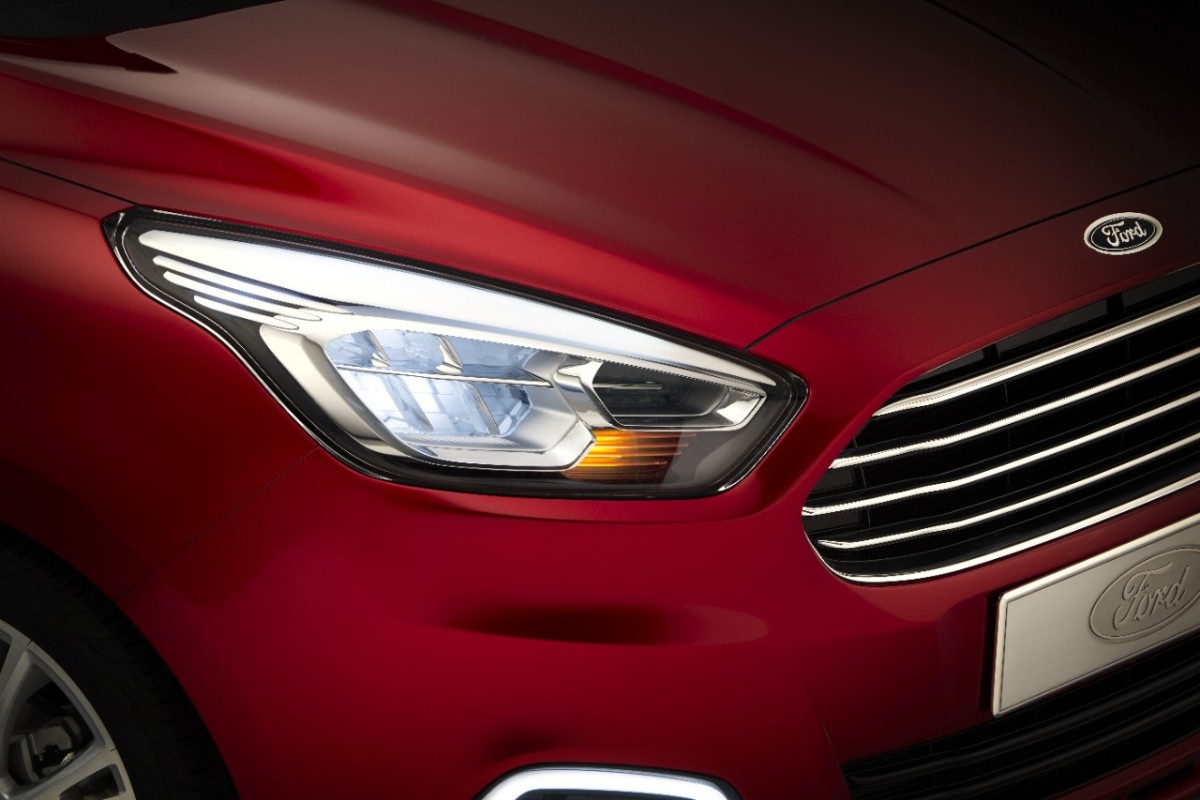 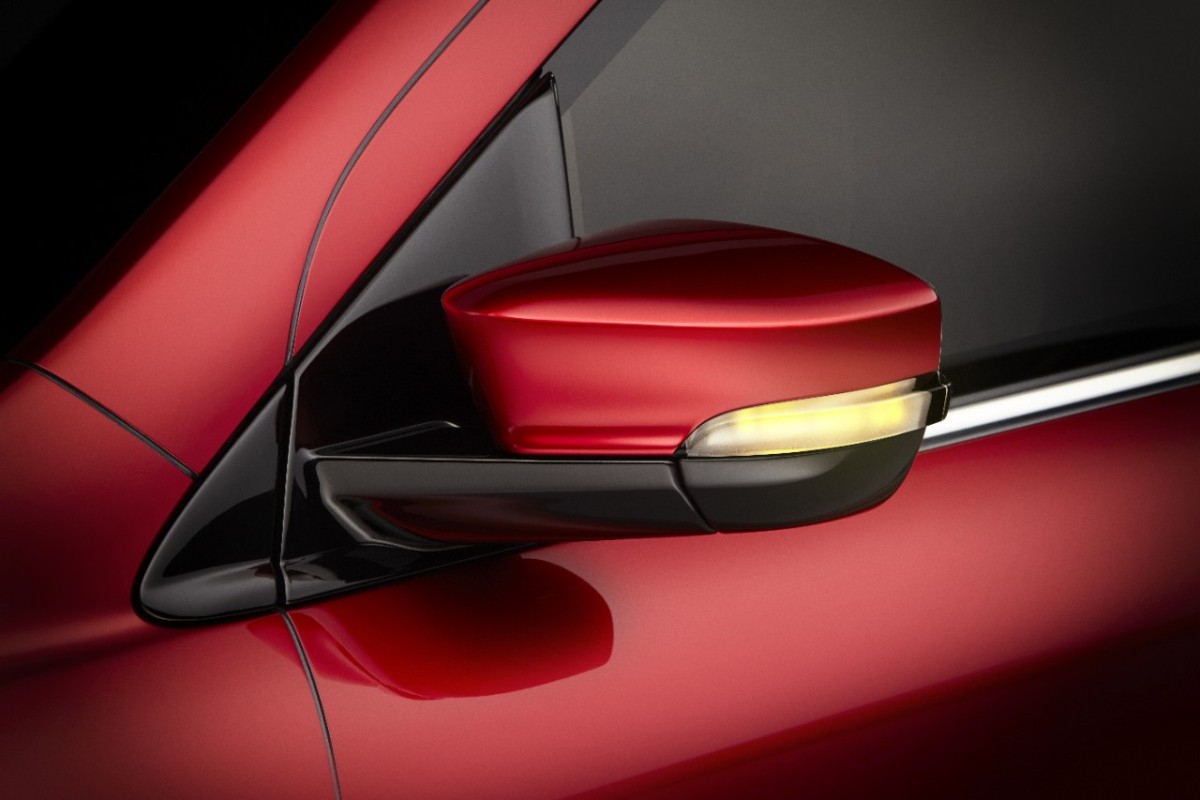