Following the images leaked by LaStampa yesterday, Lamborghini has officially unveiled the successor to the Gallardo – the Lamborghini Huracán LP 610-4. Lamborghini says the 19th century fighting bull Huracán, of the Spanish Conte de la Patilla breed fought in Alicante in August 1879 and was invincible and thus, a legend in the world of fighting bulls. The Huracán was courageous and is said to have had a strong sense of attack. Is the Huracán better looking than the Aventador? While an answer in the affirmative is bound to draw intense debate, I have to admit, it does. Every surface, every line is tighter on the Huracán and that, bodes well for Lamborghini’s new design language. While the Huracán definitely looks the part, will it deliver on tarmac? So you thought direct gasoline injection was the latest in gasoline internal combustion engines? Well, Lamborghini just pitched a Curveball with the new 5.2 liter V10 engine with IDS – Iniezione Diretta Stratificata. The new V10 delivers maximum power of 448 kW / 610 HP at 8,250 rpm and a maximum torque of 560 Nm at 6,500 rpm and combines the use of direct and indirect gasoline injection! Obviously, with the goal of more power, torque and lower fuel consumption, relative to the Gallardo V10. The top speed is near the 325 km/h mark and acceleration from 0 to 100 km/h is in 3.2 seconds and to 200 km/h in 9.9 seconds. Start-Stop technology helps reduce emissions.

The engine delivers the power to the wheel through a 7-speed dual-clutch transmission “Lamborghini Doppia Frizione” (LDF). The Huracán gets carbon ceramic brakes as standard. The Huracán boasts of three driving modes : STRADA, SPORT and CORSA. The engine, gearbox, the SOUND, the four wheel drive, electronics aids and the optionally available “Lamborghini Dynamic Steering” variable steering ratio system and magneto-rheologic suspension damper control all can be tuned by selecting the different driving modes. 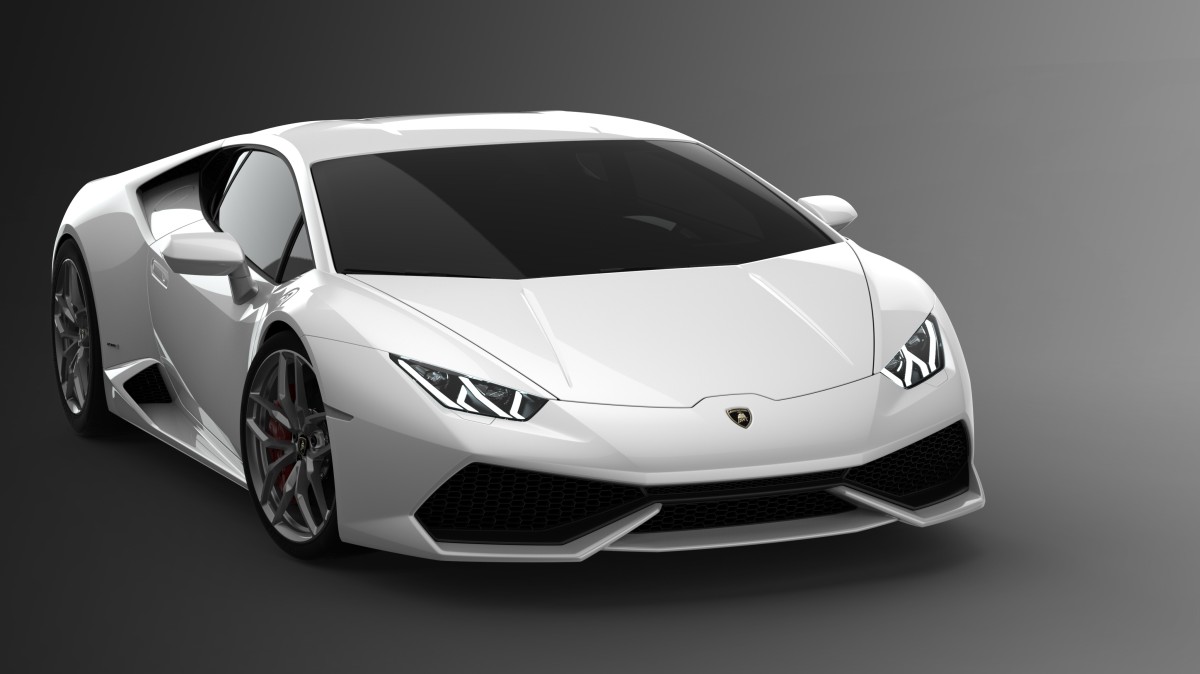 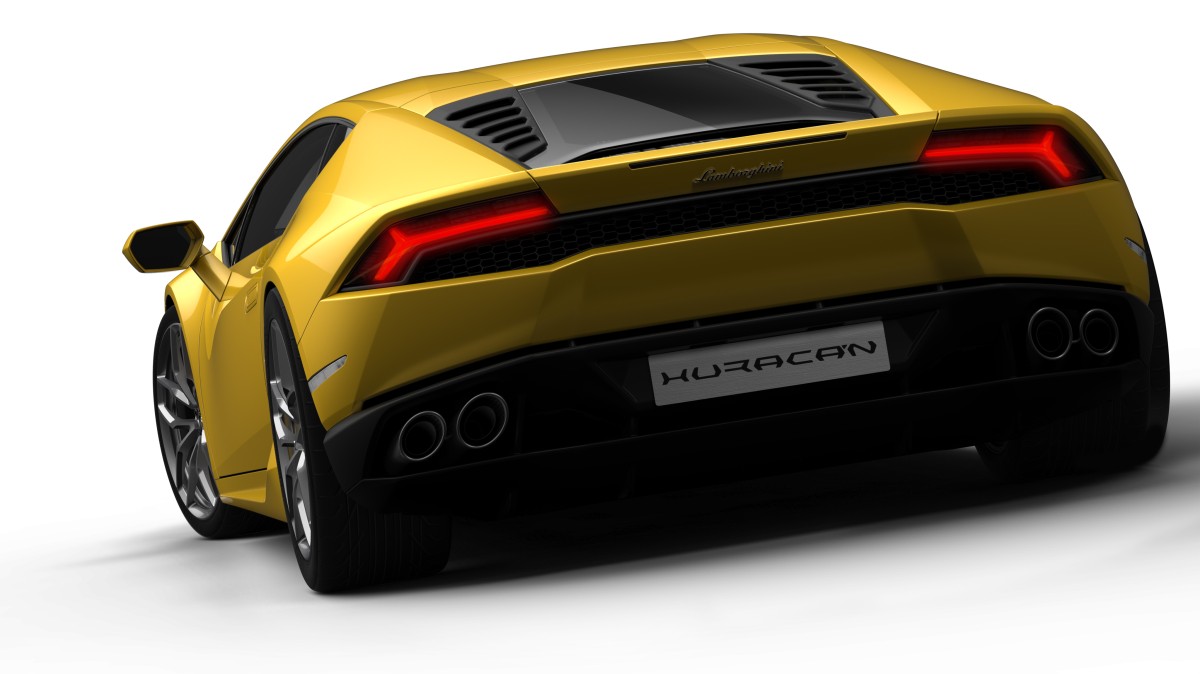 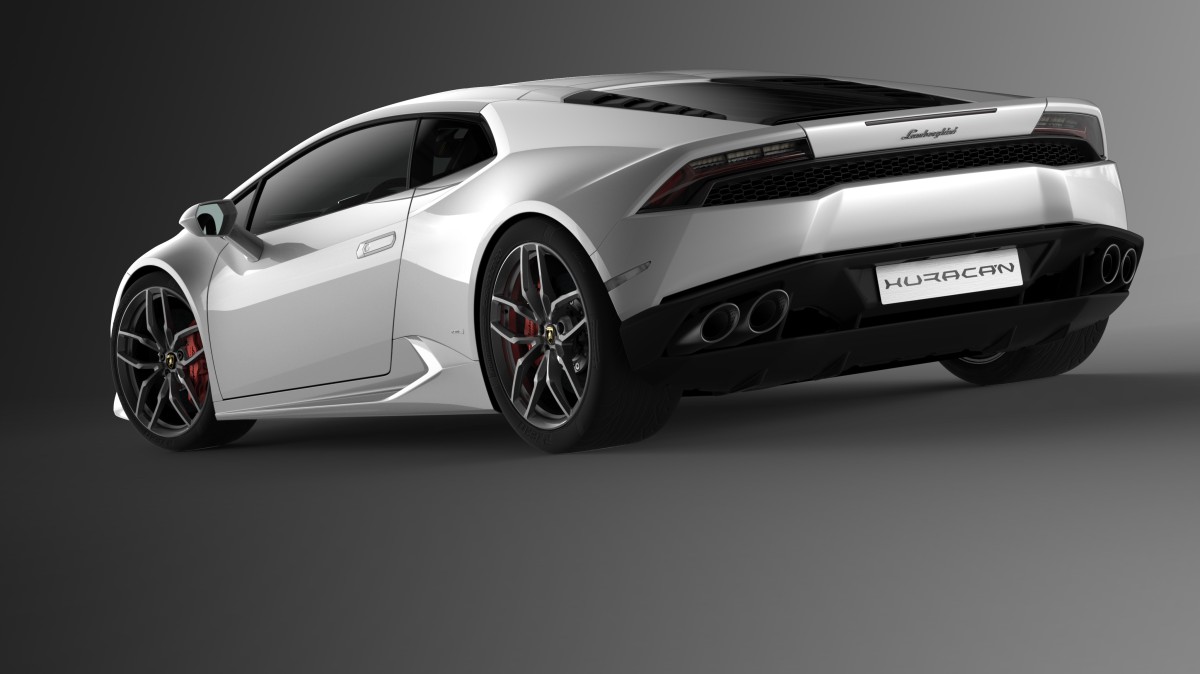 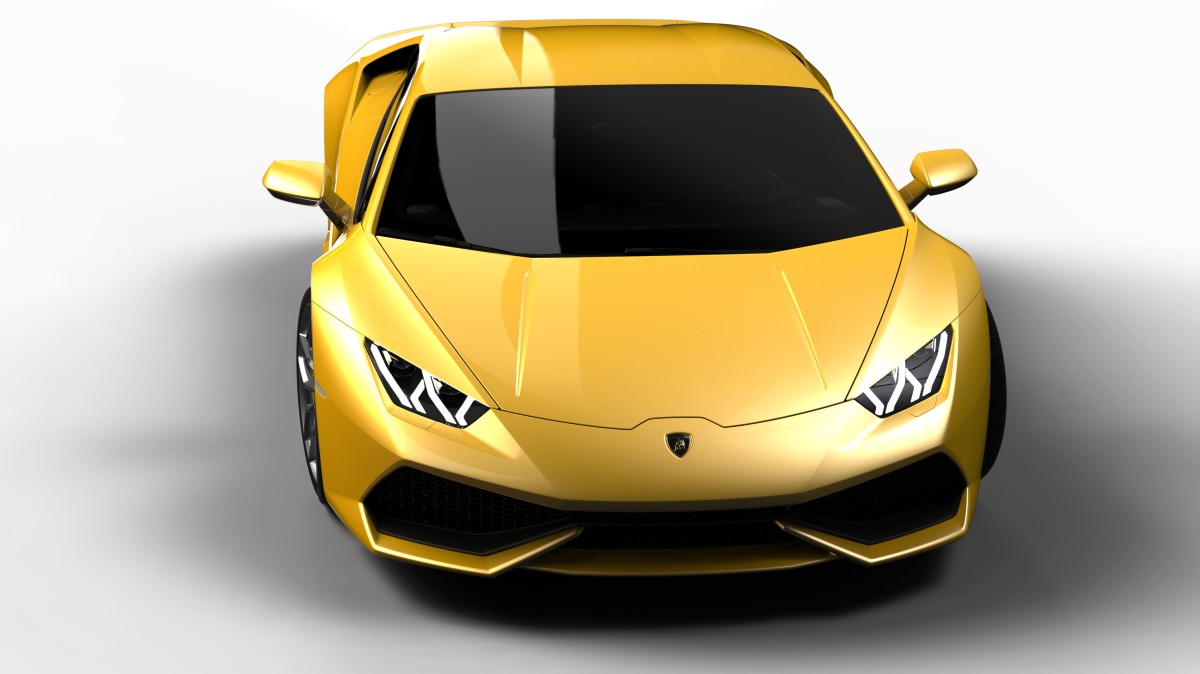 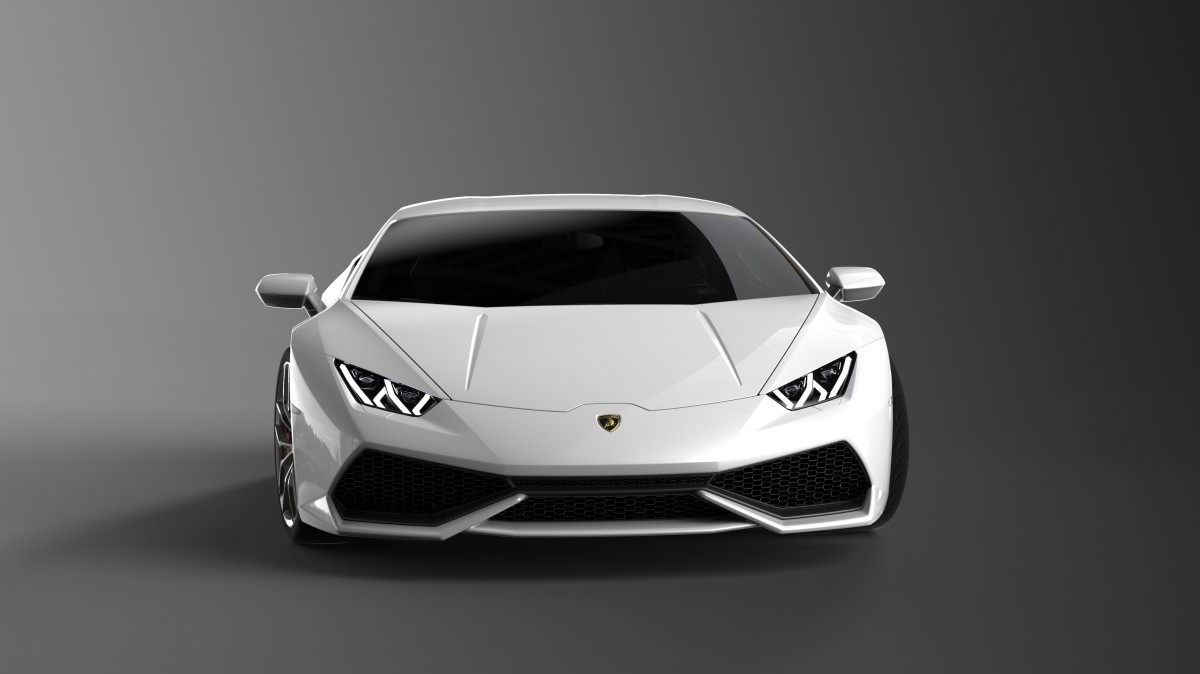 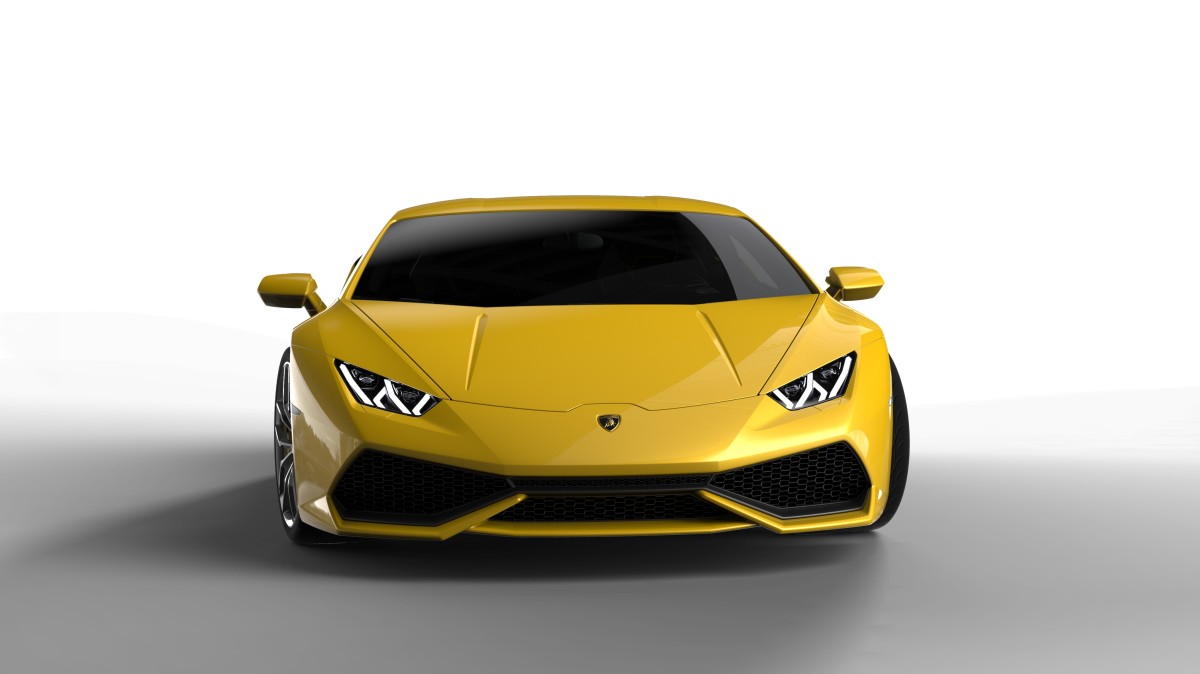 The developed from ground-up car has the characteristically Lamborghini hybrid chassis structure of carbon and aluminum elements. With a dry weight of 1,422 kg it boasts power-to-weight ratio of just 2.33 kilograms per horse power and race-car precision with outstanding stiffness. A 12.3″ full-color TFT instrument panel inside has all the information the driver needs and is customizable. As you would expect, Fine Nappa leather and Alcantara swathe the interiors. The headlamps are FULL LED units as are various other light elements in the car.

Starting from January 2014 the Huracán will be previewed to prospective buyers at various private events through the world. Lamborghini throws around numbers like 130 private preview events in more than 60 cities! The Lamborghini Huracán will make its world public debut at the Geneva Motorshow 2014 while deliveries are scheduled for Spring 2014.